Dark clouds grazed one family leaving people in shock after the sudden demise of six family members.Death is a respector of no man and an unexpected untimely event.It has again striked taking four children and their parents. 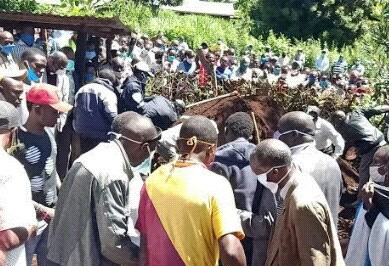 The six family members include Muenzi Ahmed who was the father,Grace Atieno the mother,Mutuma,Alex,Brenda and Kilinda who are the children.This was posted earlier on "The pwani university we want " group on Facebook.The children died immediately after consuming the poisoned viazi karai while the parents went to the lord later after receiving treatment in Kilifi district hospital. 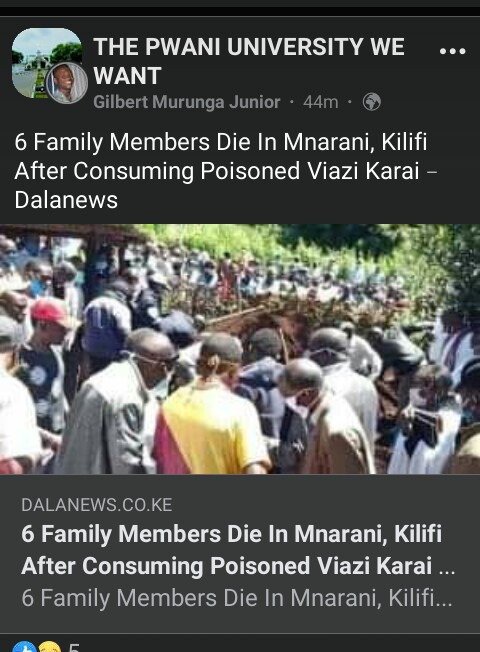 According to witnesses and residents of Mnarani area,the businesswoman had been selling poisoned foodstuffs.Her whereabouts are not yet known and she was selling the viazi karai for a month before committing the heinous act.A source claims that she was in touch with the family and even visited them sometimes.All and sundry described the business woman as a humble person and no one could speculate her bad intentions.The deceased bodies are currently at Kilifi District mortuary awaiting autopsy to ascertain the cause of their death.The murderer is currently arrested at Kilifi police station while investigations are ongoing. 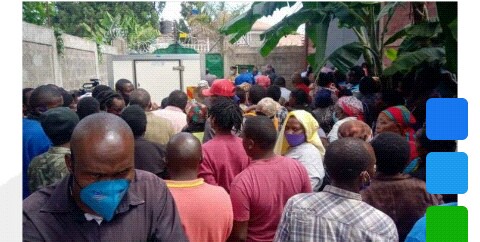 Content created and supplied by: newspro254daily (via Opera News )