Residents of Karai, Naivasha wake up to a rude shock to find a body of a middle-aged man dumped

By Bichee (self meida writer) | 1 months

Residents of karai, Naivasha woke up to a rude shock to find a body of a middle age man dumped near karai trading centre. 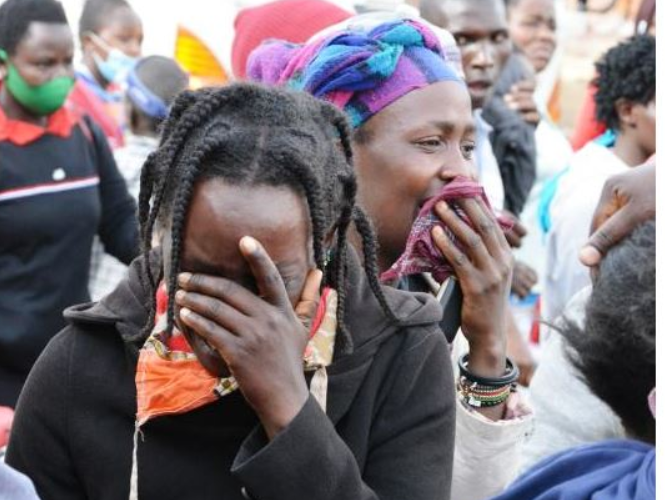 A body of a middle age man was found dumped along the Nairobi- Nakuru highway.

The cause of death is yet to be indentified,since there are contradicting information about the cause of the middle age man death, whereby, police are saying that he died because of taking illicit brews while the residents claimed that the victim was murdered elsewhere and his body dumped at karai.Thus the residents said that they are suspecting foul play.

However the deceased was not known in the area,most of the residents said that they are unfamiliar with the deceased.

It's suspected that the victim was murdered elsewhere and his body dumped in karai.

On of the residents said they have never seen the deceased around that area.He also added that there no shops or bars around where the body was found.

There are no shops or bars around where the body was found and we suspect that he was murdered elsewhere,” he said.

However police in Naivasha said that they are investigating the cause of his death.

Content created and supplied by: Bichee (via Opera News )

Finally, the Abandoned Village in Central Kenya Have a Reason to Smile

Decomposing Body Of A Woman Discovered In Ruiru

"We Can't Go Back To Apologise To Uhuru," Vows Mt Kenya MP

Iam HIV Positive. Woman Narrates How She Acquired The Virus At A Tender Age

'While Pregnant, I Bought Poison To Kill All My Kids And I, For This Reason' Woman Sadly Confesses