Photo Of Kitale Prison Constable Who Reportedly Killed Self

By Okwonko (self media writer) | 2 months ago

On Thursday 25th of November, Kenyans turned emotional after a photo of a Kitale Prison Constable(Elias Kipchumba Too) who was reportedly found dead in his house on November 25th emerged. Below is his photo; 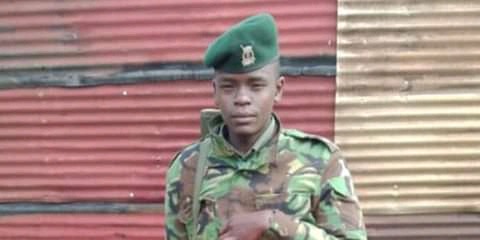 According to reports privy to the heartwrenching account, Kipchumba who was a Prison Constable attached to Kitale Medium Prison, was found lying dead in a pool of blood in his house at Lessos on Thursday suspectedly after killing self.

According to County Prison Boss Mr Emmanuel Odhiambo, Too was supposed to be on night shift duty on Wednesday but he left without informing anyone only to be found dead.

"According to official reports I have received, he left the station without informing his colleagues where he was going. His long absence from work prompted the colleagues to inform their immediate boss...... The colleagues went to Too’s house where they found his lifeless body and alerted the officer in-charge of the station,” reportedly stated Mr Odhiambo.

Despite the fact investigation over the sudden death of the 25-year old constable have kicked off, the account had raised eyebrows having majority of Kenyans claiming the officer was too young to die such a painful death. Below are few of Kenyans comments; 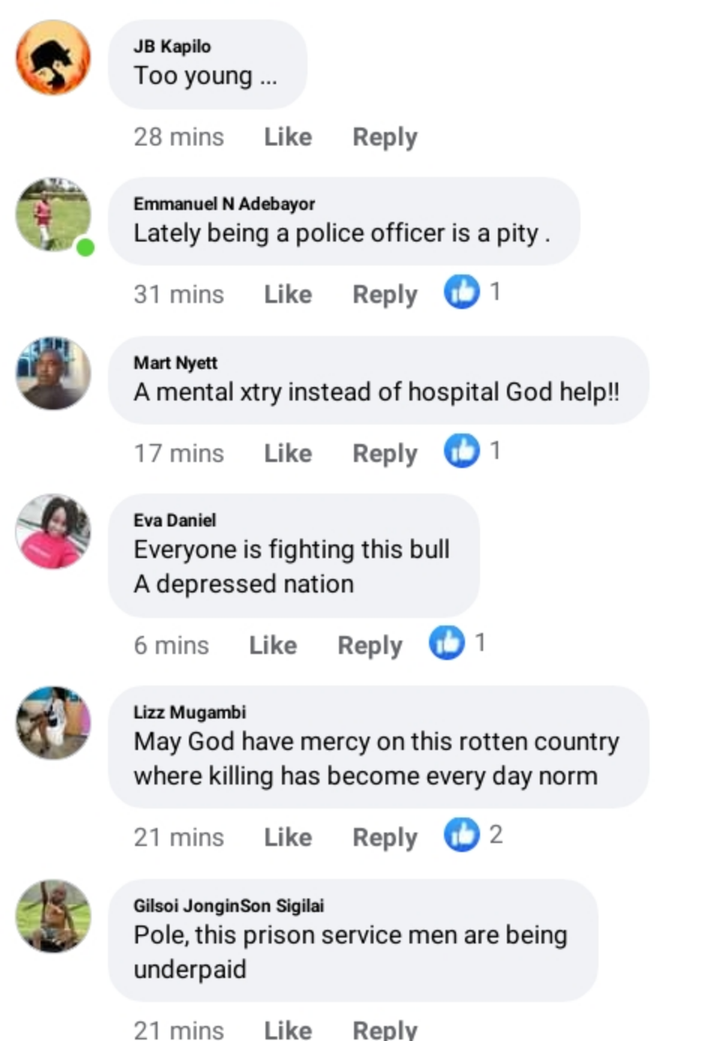 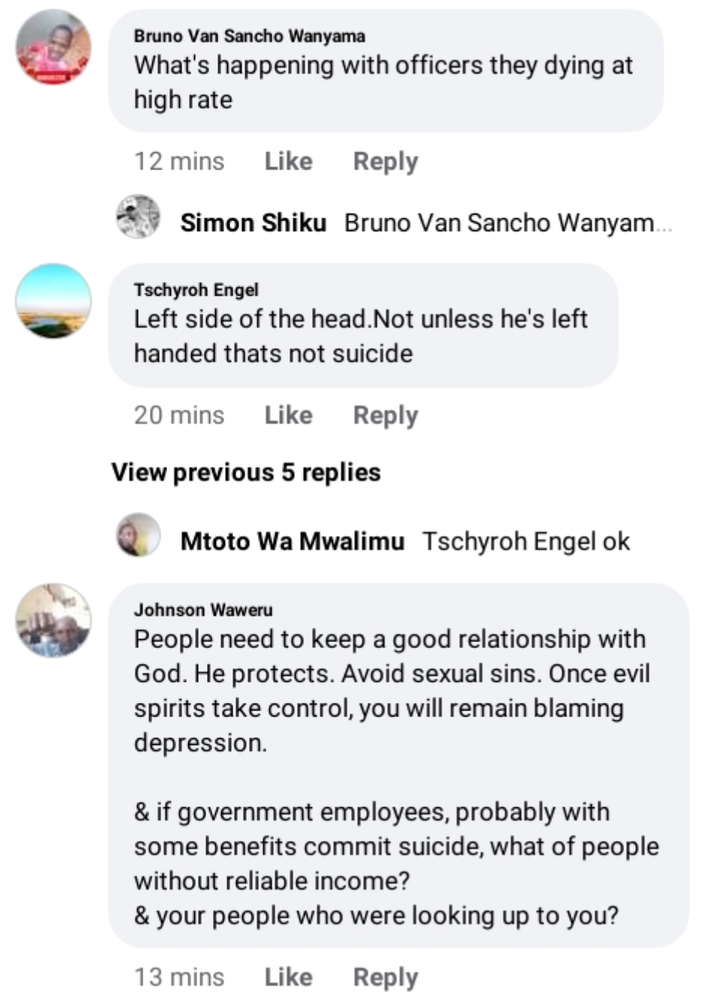 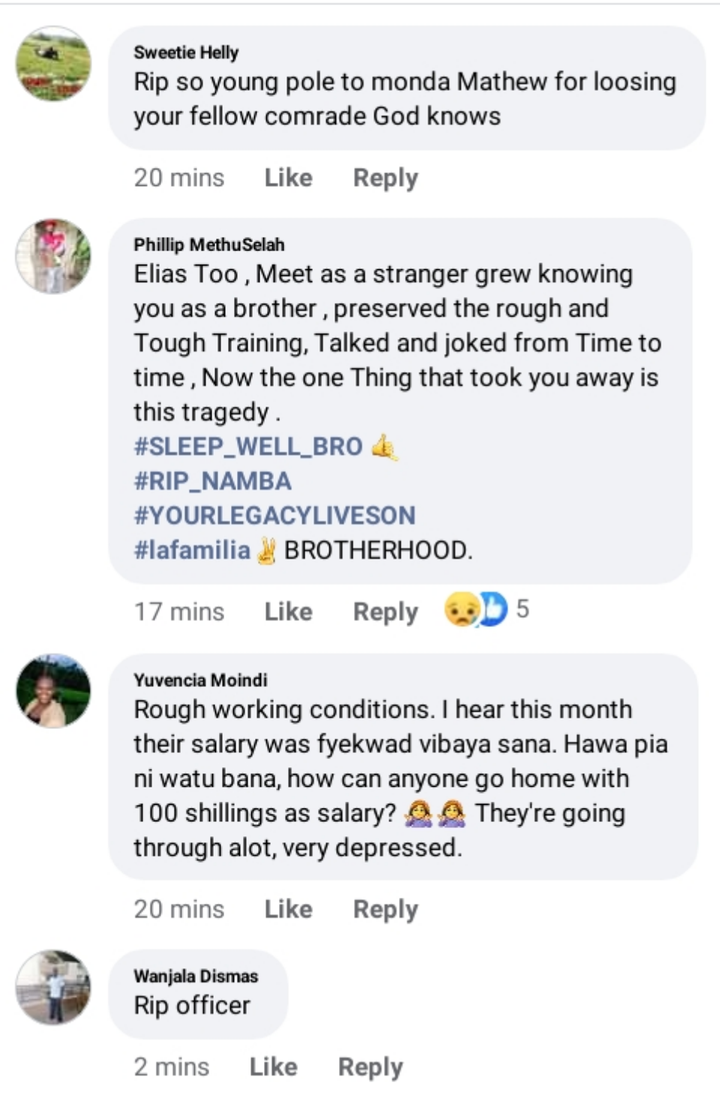 May his soul rest in peace 🙏. 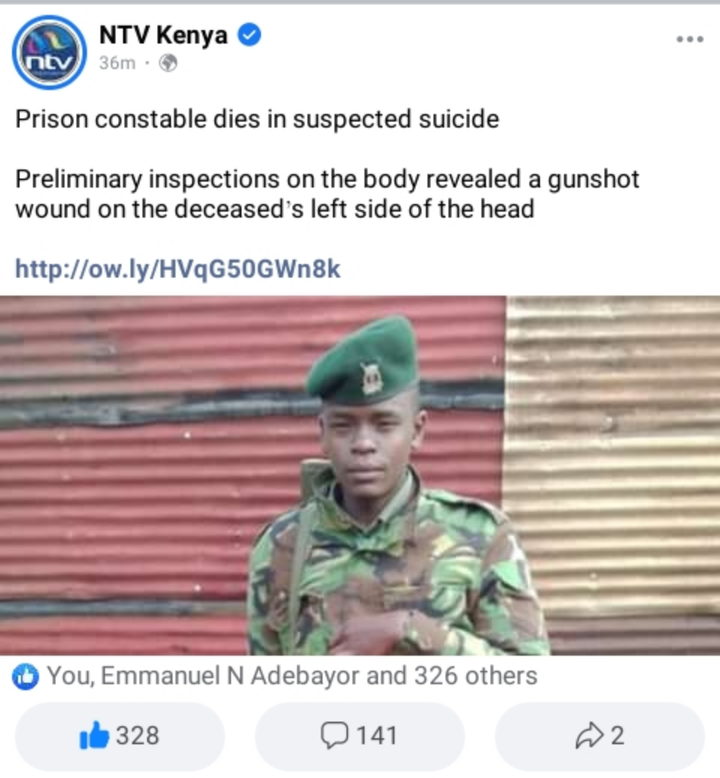