By raymondngetich (self media writer) | 3 months ago

Tropical storm has killed thirty four people in Madagascar and two people in Mozambique , according to the report from the country heavy rains cause flooding and mudslides which have swept away houses within the capital Antananarivo. 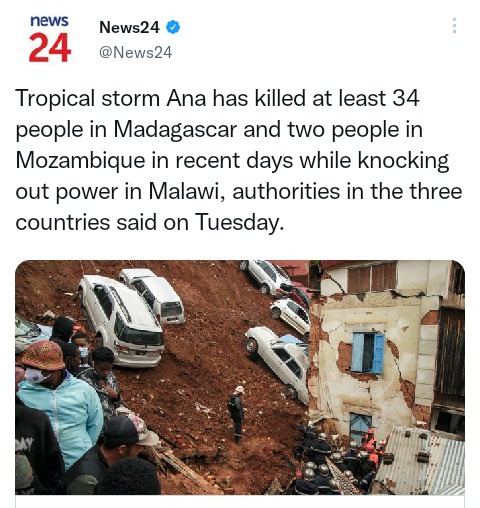 Recent report from Madagascar's catastrophe management team has confirmed that 34 people have died and nearly sixty five thousand had been left homeless.

Across the Indian Ocean, the storm made landfall on mainland Africa on Monday, bringing heavy rains in Mozambique's central and northern districts. 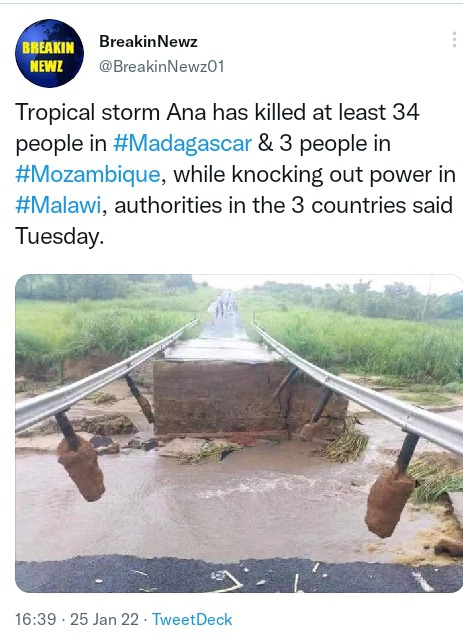 The UN forecasts the storm will cause widespread flooding, uproot people and inflict infrastructural damages. 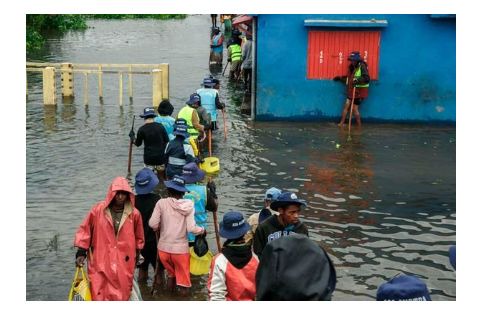 The storm will potentially affect "highly vulnerable populations who have already suffered from previous natural disasters and conflict in northern Mozambique", the United Nations Office for the Coordination of Humanitarian Affairs (OCHA) said in an update.