A couple of months ago just when Uganda was preparing for the general elections, something unfortunate happened to a group of supporters allied to the opposition leader Boby Wine.

On January 14th the said supporters were allegedly kidnapped by unknown gunmen and nothing was ever heard from them again. In a strange twist of fate, the abuducted persons have resurfaced again albeit mysteriously.

Those abducted included Abdul Rashid Nkinga, Baker Kawooya, Mohamaddi Ssekimpi and Emmanuel Bazira. After they resurfaced ,one of them (Nkinga) explained that they were dumped by their tormentors in Buwama Town council near Kabukuta swamp.

According to John Mukwaya, the victims look frail and subjected to unimaginable torture. Some apparently cry after being asked about their experience in detention.

Last Thursday, Bobby Wine addressed the parliament and said the following. “Today marks 71 days since my campaign team was arrested and detained in Kitalya prison on dubious charges.

"After being granted bail, they were rearrested by the Military and taken through torture sessions. Some of these people have been castrated and others have had their eyes gorged out. Their limbs have been broken and have been subjected to advanced torture like waterboarding and electrocution.” 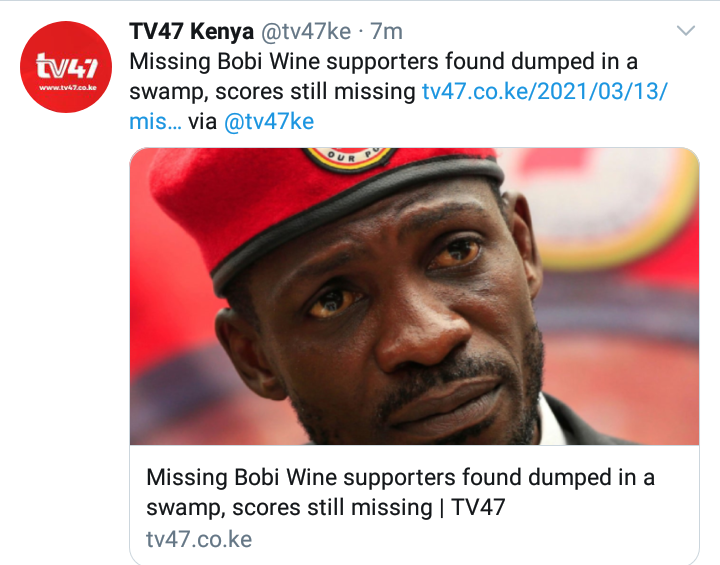 Junet Mohammed Deconstructs Gachagua At His Home County In Othaya

Ngunyi: Uhuru Interviewed Me For One Whole Year Before Hiring Me