A man has decided to open up about an incident which happened today in the morning morning after a rogue police officer decided to use his authority in order to assault him after he allegedly refused to bribe him. 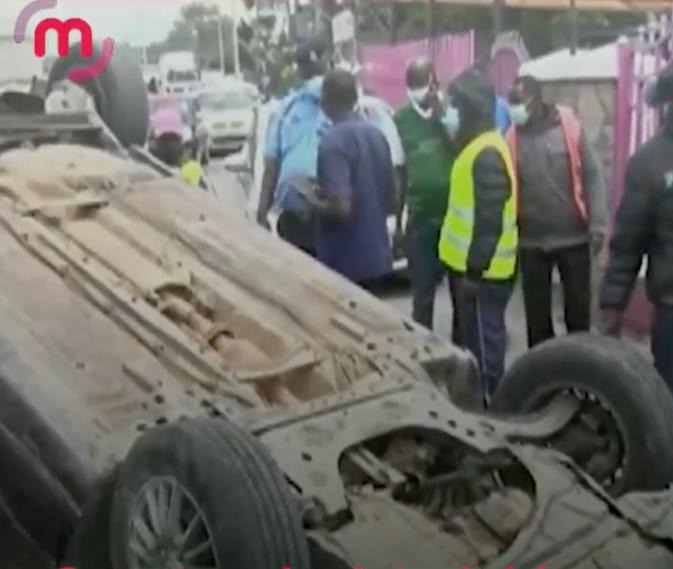 According to the reports given by the man whose name is yet to be disclosed, he claimed that he was heading to work before a couple of rogue Police officers stopped him in the middle of the highway in attempts to extort money from him.

Further reports received from the victim revealed that the officers checked and found a couple of faults and so due to this reason, they decided to ask him for money and because he didn't have any, they took over his vehicle and ordered him to follow them to the police station.

However, things turned out differently after they got to the point where the officer said that they were going to kill him if he wasn't going to them them money and it was during this commotion that they got into the accident where his vehicle flipped.

"I was heading to work and so they stopped me and demanded money from me and since i didn't have any, i decided to go with them to the police station in order for them to charge me but midway one of them took over the steering wheel and threatened to kill me. It was during this commotion that the vehicle flipped and rolled several times ", he said.

This Incident has sparked alot of mixed reactions from Kenyans who seemed to have been confused on why there was an increasing number of rogue Police Officers in Kenya.

With a section of Kenyans claiming that maybe this was because of the current situation where alot of Kenyans had no jobs and so were doing everything to survive, others went ahead and called upon the agents from the director of criminal investigations to look into this matter before things get out of hand. 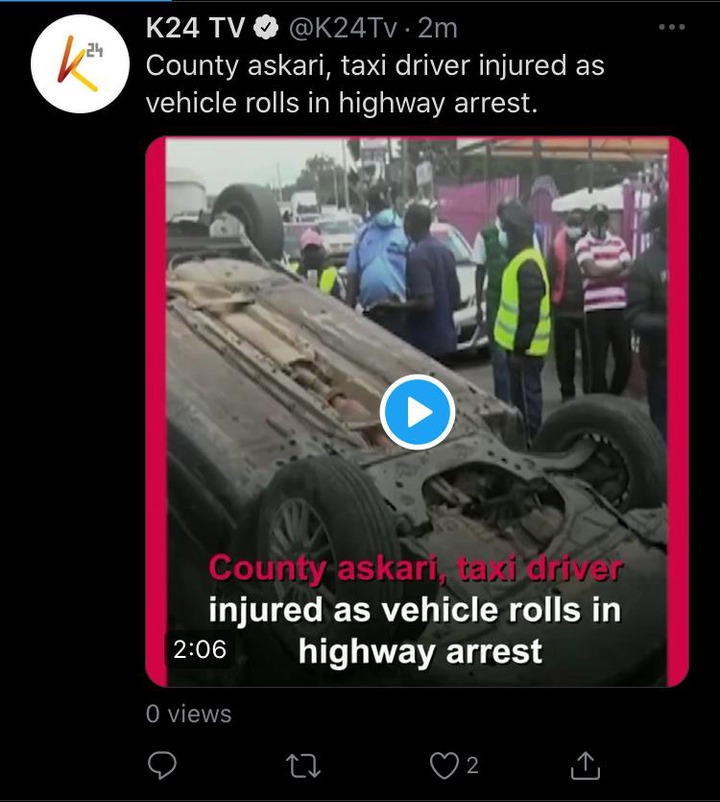 How To Be Attractive (Get The Triangle Concept)

Are You Lazy? This is The Best Decision Ever If You Want To Loss Weight In Under 4 Weeks

5 Toxic Habits That Are Silently Polluting Your Home