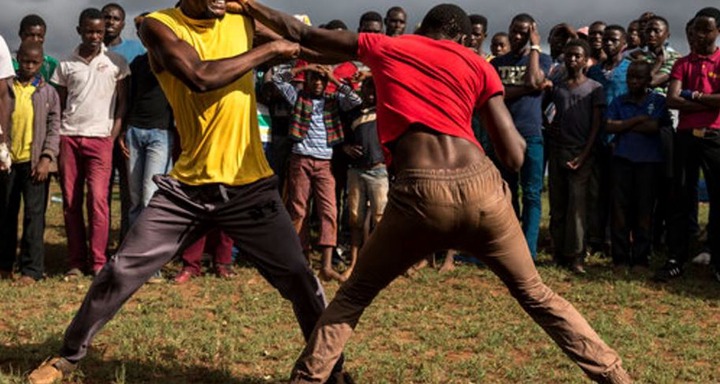 Men fighting in a friendly contest in the past-PHOTO/Courtesy

A man is in police custody after he killed another man over a woman in Bumula, Bungoma County

Oliver Wafula stabbed Titus Wamalwa after they clashed over a woman.

According to DCI reports, the two men clashed while at a woman, Njoki's house in Kimwana market, with each determined to win her heart.

Wamalwa is said to have overpowered Wafula by raining blows on him, and upon Wafule sensing defeat, he rushed into the house and picked a kitchen knife, which he used to stab the deceased, killing him on the spot.

He is then said to have escaped from the crime scene after he had committed murder. 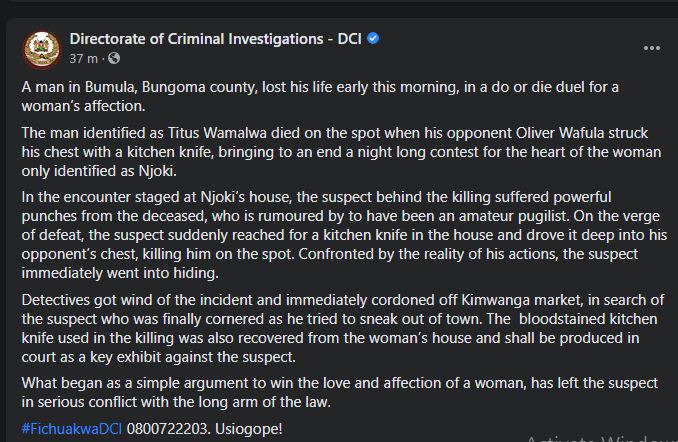 However, detectives launched a manhunt and arrested him. The officers also recovered the knife he used to stab the man.

"What began as a simple argument to win the love and affection of a woman, has left the suspect in serious conflict with the long arm of the law," DCI reports.