By MajorEvans (self media writer) | 6 months ago

A Murang’a based journalist was roughed up by deputy President William Ruto’s security detail during a function at Kangari market. However Ruto's spokesperson David Mugonyi while speaking on the issue said that officers who arrested the Journalist were not from the DP's bodyguard as Alleged but local police. 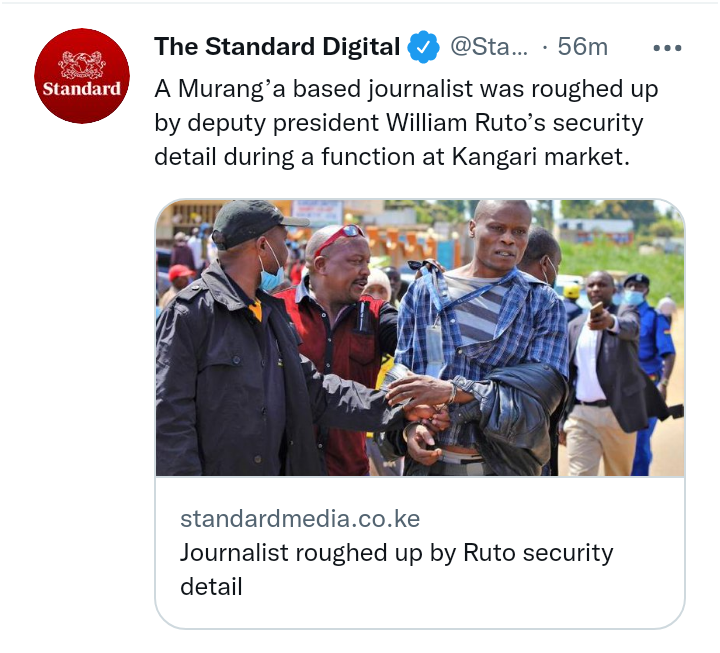 “He was taking videos and he was asked to move aside by the security detail but the reporter rather resorted to abuse them. This prompted the local police to arrest him,” Mugonyi said.

The reporter, Mwangi Muiruri of Nation Media Group (NMG) was roughed up when as he took photographs of the deputy president during the official opening of Kangari United Dairy Cooperative Society.

It all started when Mwangi was asked by a plain cloth policeman in the security detail to explain why he was taking the photograph and videos but before he responded, he was frisked out by the police. 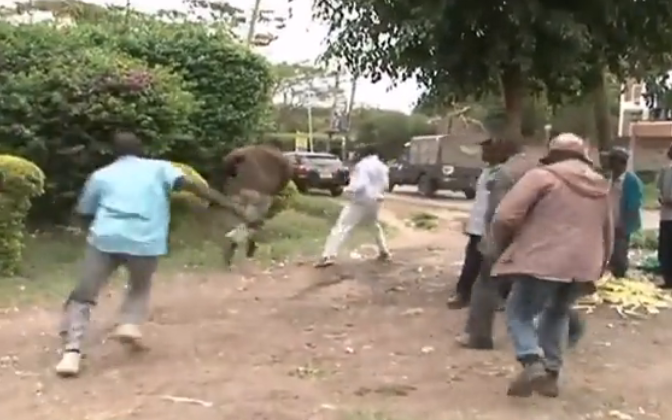 Mwangi was later booked at Kangari police a move that saw other journalists camp at the facility demanding his release.

Kalonzo is Going to Finish Ruto Completely, Mwalimu Dida Says He Saw it in a Vision