By Shahhhh (self media writer) | 7 months ago

A deadly accident has reportedly left an unknown number of school going kids nursing injuries after their Nissan collided with a Public Service Vehicle. 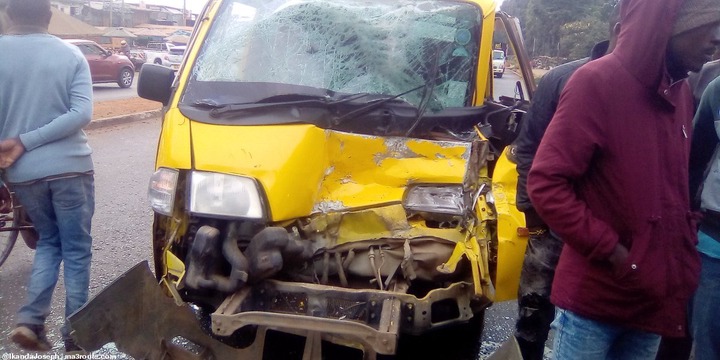 Taking to his Twitter account to confirm the incident, Ikanda Joseph revealed that the accident happened along Ngong road today in the morning.

However, he went ahead and revealed that there were no fatal injuries except for the few pupils who he claimed had been injured due to the deadly collision between the two vehicles.

The continued number of accident has however been blamed on reckless drivers Operating on different roads in Kenya.

According to the reports given by the NTSA, they called upon Kenyans to follow traffic rules and regulations to reduce these accidents.

This is happening at the same time when Kenyans have called upon the ministry of transport to build better roads which they claimed are also a major cause of accidents.

While reacting to the increased number of accidents, other Kenyans have called upon the Traffic police to make sure they conduct their job well by inspecting vehicles properly without leaving anything behind. 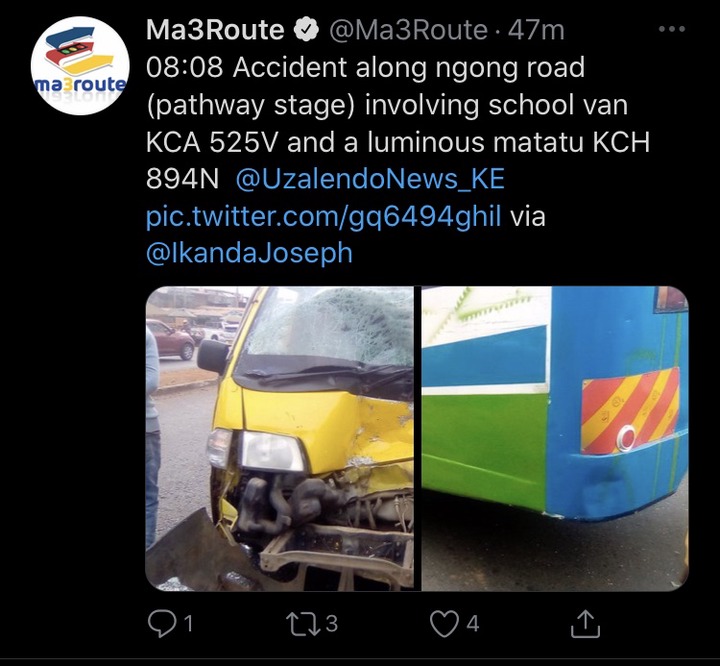 Businesses that can make you rich in one year.

How to start a small bakery business in Kenya