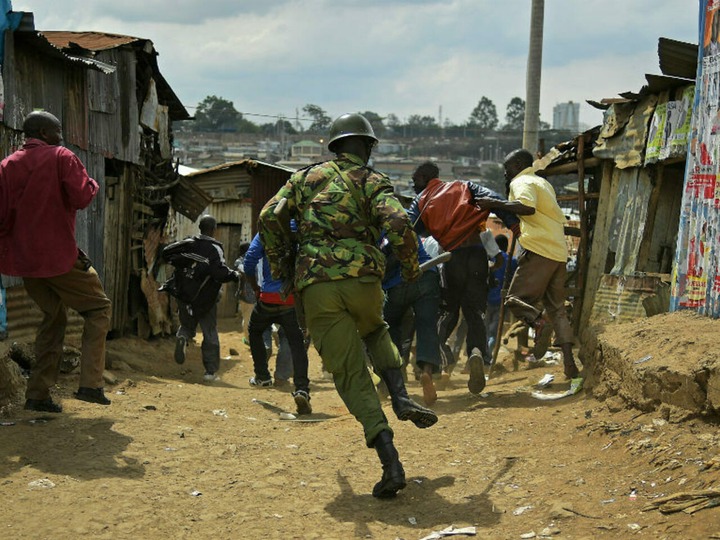 On Friday, residents of a village in Kakamega were shocked after police officers who raided a chang'aa drinking den shot dead a pastor.

According to a local source, the police, were pursuing locals drinking at a certain common den when a stray bullet shot at one of the chang'aa drinker found its way towards the pastor.

The man of God who was not at the drinking den but minding his own business somewhere else, became a recent victim of police murder.

It is shocking that the police even shot at the drinkers with a live bullet that caught the pastor. This is among various cases of police brutality that Kenyans have called out the government especially the police department to put an end to it.

"Kakamega police are in hot soup after they allegedly killed a pastor during their raid in a chang'aa den. The killing of the pastor has brought chaos in the region with residents complaining about police brutality. Confirming to this incident , Kakamega OCPD said that the pastor was killed by a stray bullet as police perused the drunkards who were taking the chang'aa," wrote the Kenya Police. 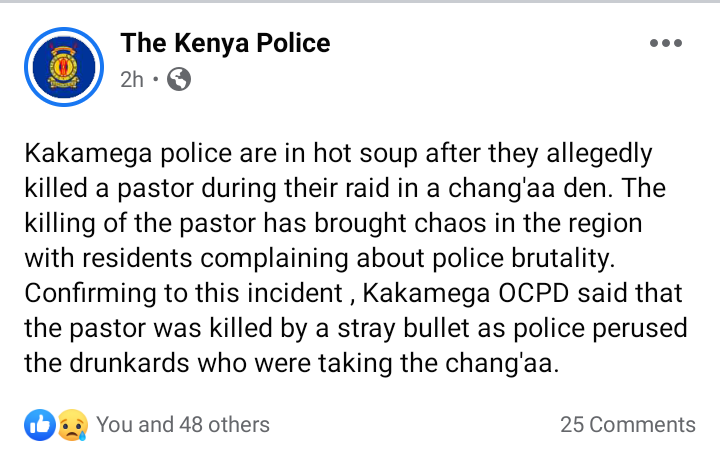 Using the #endpolicebrutalityke, many have lobbied against the various killings of innocent Kenyans by the police.

However, things seem not to be changing as various cases of police brutality are reported everyday across the nation.

The pastor's death in Kakamega after being shot by a stray bullet has raised questions among residents who came out to protest.

The same case has been protested online by netizens who bashed the police for their continued brutality and killing of innocent people.

Here are some of the comments from netizens: 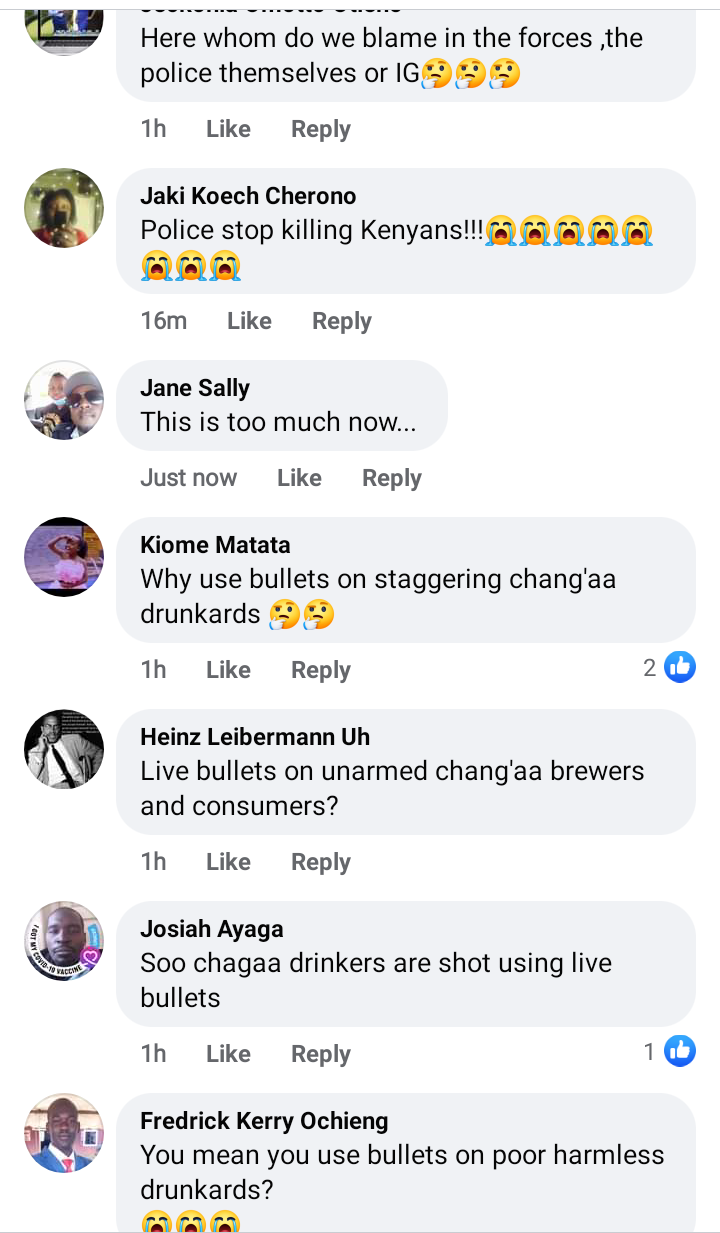 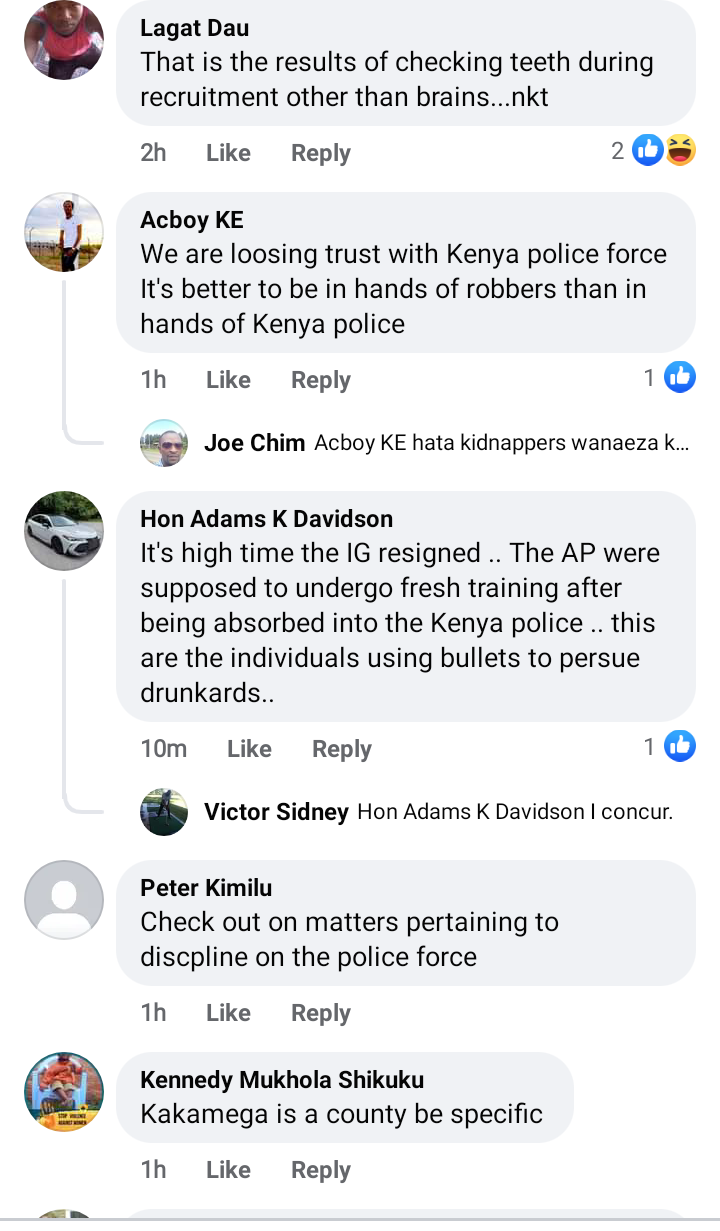