By Joeblessing (self media writer) | 2 months ago 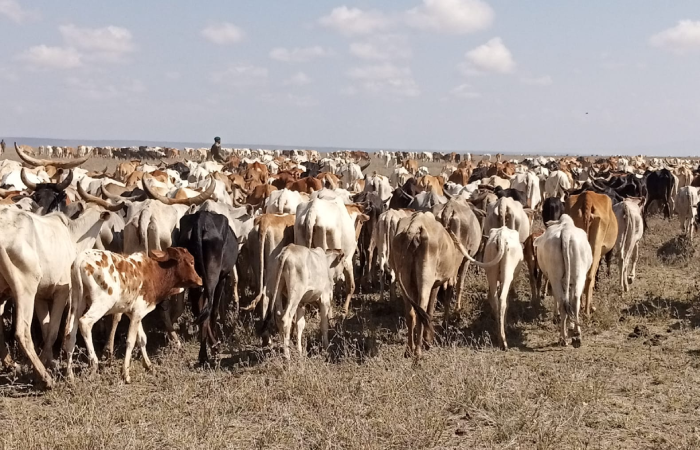 The sad reality of loosing one thousand cows and later recovering only thirty has been clearly expressed by residents during a meeting with their leaders. The meeting was called after the Thursday evening incident when bandits raided Muchongoi village and stole one thousand cows. The event took place at four pm in the evening as the residents watched helplessly since the bandits were armed with guns and ready to kill anyone who opposed their illegal operations.

The bandits are said to be hidding in valleys which are impassable since there are no roads.The villagers in unity to recover their stolen properties have managed to rescue thirty cows and are now pleading with the security agencies to assist since they have no guns to fight the bandits.Tension is now high in the area as residents fear another attack from the bandits who are still within and no security personnel has been deployed to ensure safety.

The residents who are now engulfed with fear are now leaving their homes since the bandits can be seen approaching their homesteads .This is a sad reality since the bandits are believed to have escaped from the high and intense operation taking place in the neighbouring Laikipia county.The leaders have urged the C's Fred Matiangi to intervene and conduct a similar operation as the one in Olmoran bin Baringo to flush out the bandits completely.The meeting was held in attendance of security agencies deployed in the area to maintain law and order and have assured the residents that they will do their level best to protect them.

Simon Karuri the area OCS confirmed that they have shortage of police officers to face the bandits unlike in the neighbouring Laikipia county.He pleads with the government to deploy more forces inorder to strengthen the operation of tackling the bandits.