By GENIUSGOSSIPER (self meida writer) | 1 months

A 53-year old man from Mogotio sub-county, by the name David Kachoko and his family, are living in untold pain a couple of days after their 26-year old son was abducted by people believed to be police officers. David Identified his son as Bernard Kipkoech. 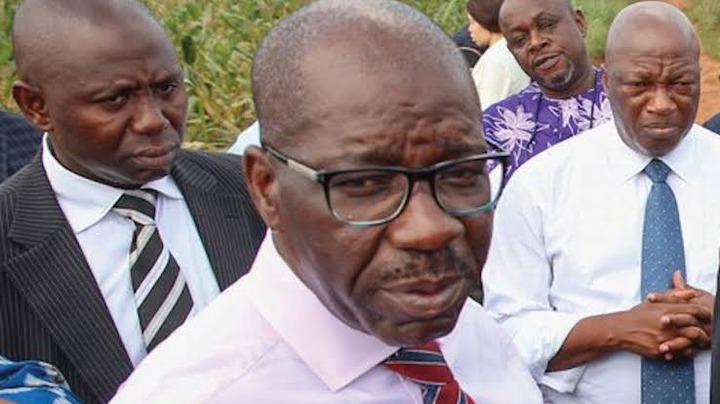 Mr David painfully revealed to Baringo Capital news that on Friday 19th 2021 at around 6:00 pm, his son was driving home from work when a gang of unknown people started chasing his car.

The gang used a police car and they were dressed in police uniform. By good luck, the Koech sped off and the gang lost him. However, the chase game never ended since at around 1:00 am the gang broke into Koech's house and using guns, they forced the innocent man out of his house, handcuffed him and left with him. 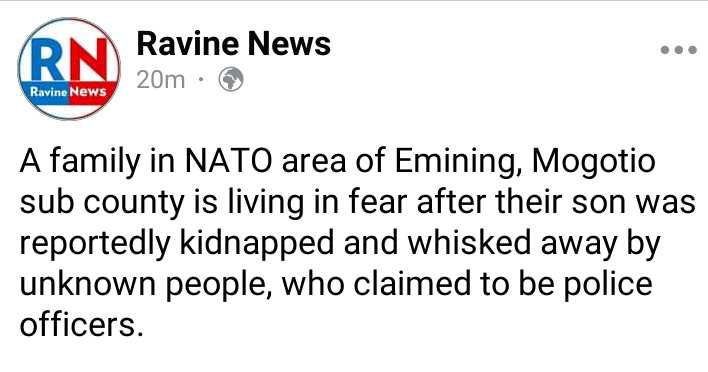 David tried to inquire what was going on but all her questions went unattended. The gang of eight told David that they were police officers and that he had nothing to worry about.

Since Friday, nothing revealing about Koech's ok whereabouts has been revealed. Sleuths in their such claim that Kiech's phone signals were last tracked in Kinyinyaga and they have assured the family that the suspects behind Koech's arrest will be arrested.

Currently, nobody knows if the victim is alive or dead. Let us all hope that all will be okay and Koech will come back home sound and alive.

Mother Of Murdered Children Shares Her Pain On Social Media