Drama was today witnessed along the busy highway of Mombasa after an unknown driver was spotted driving in reverse in the middle of the busy road along the wrong route. 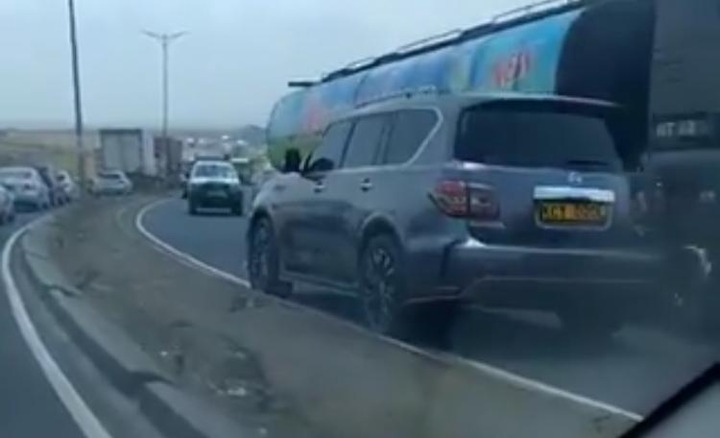 In a hilarious video that has been shared by a Twitter user who decided to notify Kenyans, the unknown driver could be seen driving on the wrong route of the road for unknown reasons. He would later reverse after after a number of vehicles that were coming from the opposite direction approached him.

Giving his opinions and suggestions on the matter, the twitter user who has been identified as Odundo claimed that this was wrong calling out kenyans to avoid this kind of things due to the fact that it might have caused a lot of damage or even loss if lives if z driver from the other side of the road was over speeding.

This is happening at the same time when the National Transport and Safety Authority has revealed that the increased number of accident related deaths has been caused by recklessness among drivers among other road users.

According to the reports given by the National Transport and Safety Authority, they revealed that in the latest accident statistics, it has been discovered that most of these drivers allegedly ignored one or two traffic rules and regulations.

His actions has sparked Alot of mixed reactions from a number kenyans who expressed their fear and concerns over the incident wanting to know where the traffic police officers who were supposed to be controlling these vehicles movements were.

While reacting to this incident, a number of kenyans claimed that maybe the man was a powerful government official or a police officer due to the fact that they are the ones who often do this kind of things without being questioned. 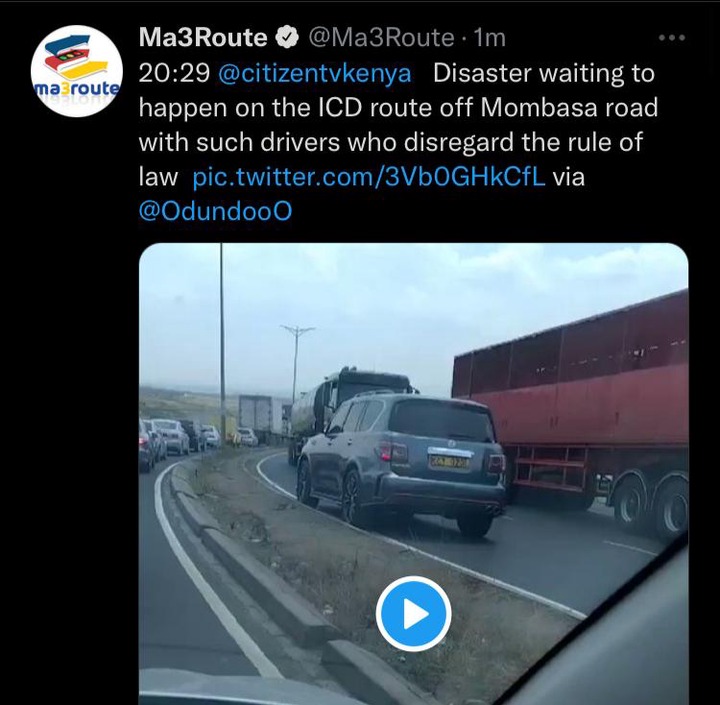