Man Shocks and Angers Villagers After Agreeing to Sacrifice his Two Children for Only Ksh 120,000

In this world just when you think you have seen and heard it all,something will happen that will shock you to your bones make you wonder did the world drop me off and continued rotating? This is one of those incidences. 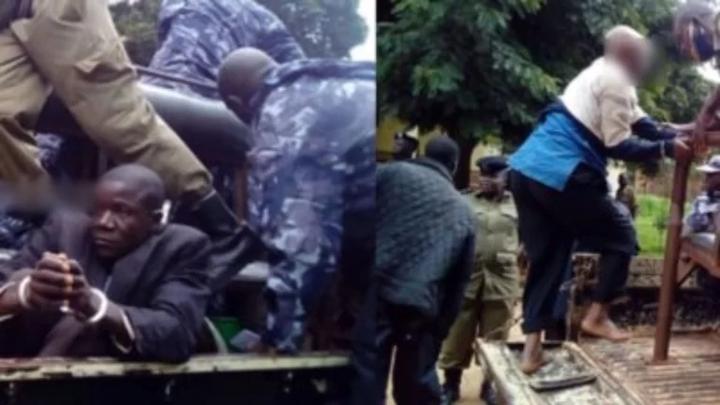 A small village in Uganda has been thrown into the limelight after a 46 year old man committed a heinous act that both petrified and angered the villagers. It is alleged that the man killed his two children after being promised millions by his employer if he commited teh murder as a form of sacrifice. However, the act was discovered and police were informed where the suspect led them to where the bodies were buried. They were exhumed and taken to the mortuary for postmortem. The man was taken to the police station waiting to be arraigned in court after confessing to commuting the act. He also confessed that instead of the 4 million he was promised he was only given 120,000. His employer was also arrested. 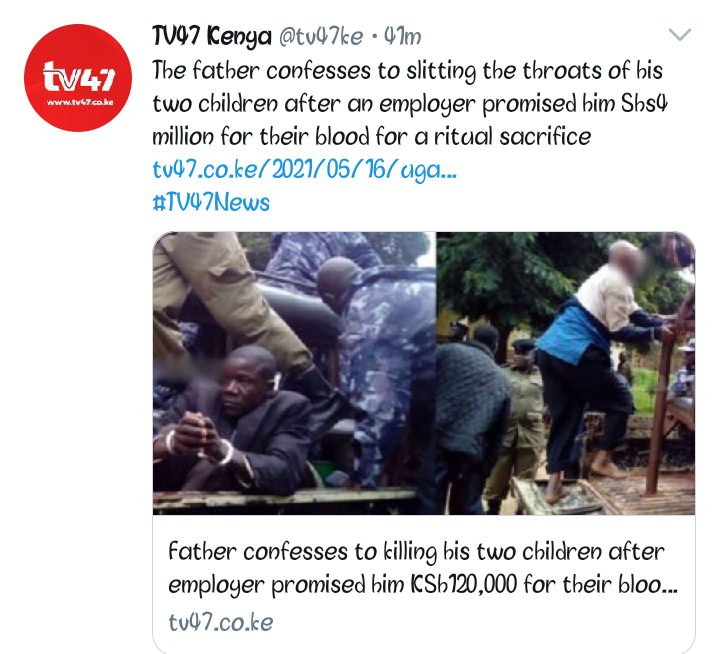 Human greed knows no bound. Imagine killing your own children for 120,000. May he got in jail for commuting such a crime and may he never know peace.