By Thebackbencher (self media writer) | 3 months ago

Police officers from Bungoma have arrested a security guard who is reported to have masterminded the Nakuru Bank Heist that led to the loss of ksh. 2.3 million. 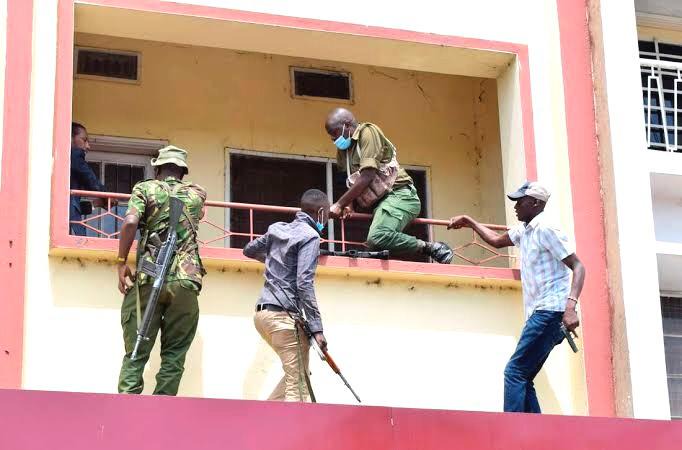 In a news report that has been shared by a reliable source of information, it has been revealed that the suspect who had gone to hide in Bungoma was arrested by police officers who took him to the police station for more investigation and questioning over the same incident.

According to the reports given by the police, it has been revealed that the suspect who has been identified as Mukhuyu, was arrested by police officers who had been trailing him after he Mysteriously went missing after the incident that occurred in one of the Malls in Nakuru.

While reacting to this incident, kenyans who took to their different social media accounts to express their opinions and suggestions on the matter have congratulated the police for a job well done.

According to the reports given by most Kenyans, they claimed that this was the right thing to do due to the fact that Alot of people lost their money in the process and for this reason, thanked officers who went after the suspect. 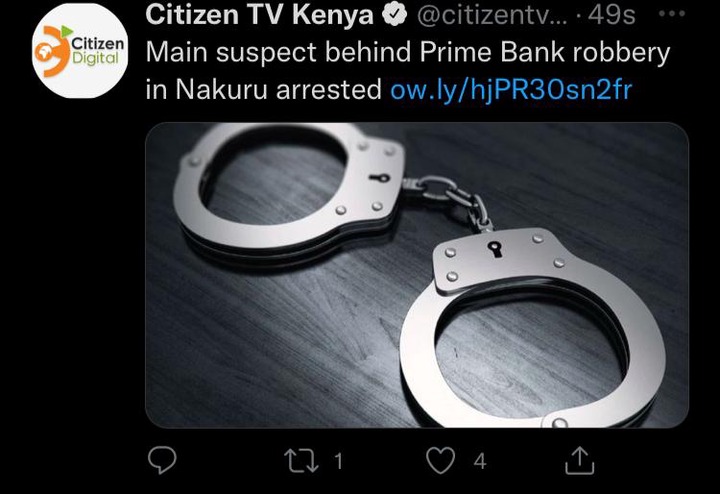 President William Ruto Speaks On His Reception In Homabay, Leave a Message To County Residents