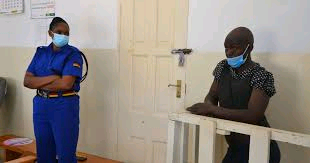 The suspect was arraigned in Kibera court, Nairobi, for allegedly mobilizing the young men to assault the cop.

The victim, Police constable John Mutegi and his friends had responded on an intelligence notice when they toured Kibera to nab Benard Moyi, alias Tiger, who was found selling bhang.

It is during the arrest that Tiger reportedly mobilised the group to assault them.

During the attack, a police radio, handcuffs and a Jericho gun went missing.

The charge sheet reports that the suspect committed the heinous act on April 13 at Mashimoni in Kibra Sub-county in Nairobi County.

Tiger reportedly had pangas and rungus together with others who were present in court.

The missing Jericho pistol S/NO.41310527 was loaded with 11 rounds of ammunition of 9mm ammunition.

He pleaded not guilty to the charges infront of Kibera chief magistrate Ann Mwangi.

He also pleaded not guilty to the second case of selling over 600 rolls of bhang which is against section 405A of the penal code. 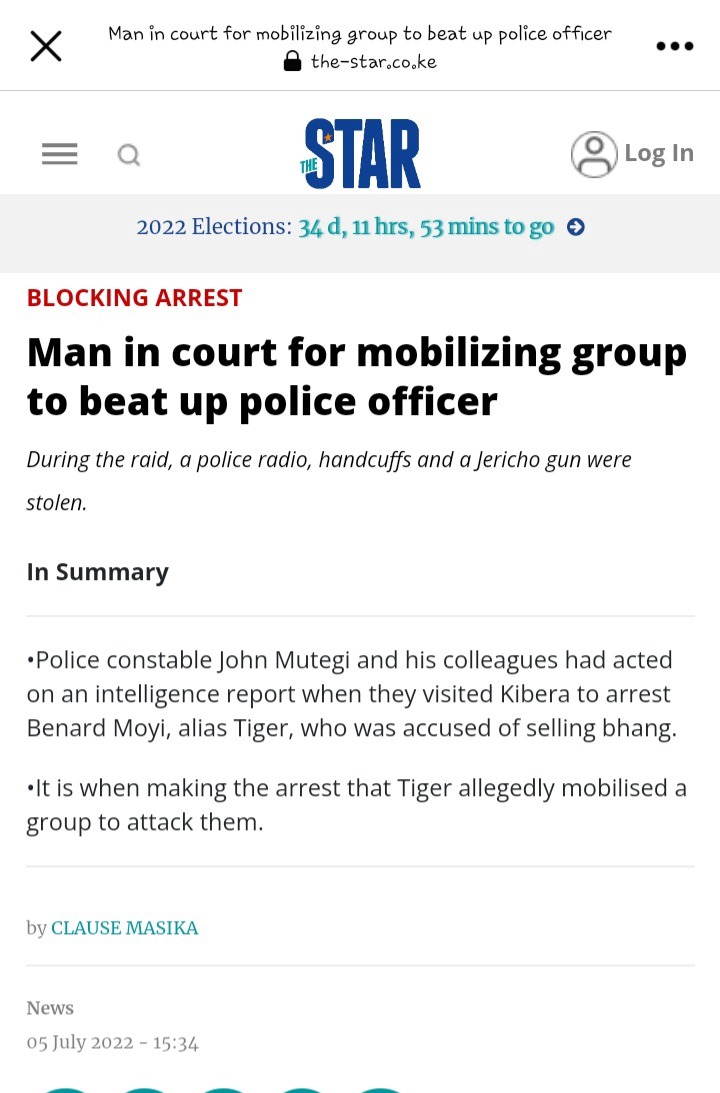 Commotion At The Entrance Of Bomas Of Kenya As Politicians Are Locked Out, Security Doubled

JUST IN: Bomas of Kenya has increased security, preventing entry by unauthorized individuals[Photos]

Breaking; Good News to all Kenyans as Gov't issues New Details about Prices of Petrol,

Raila Odinga Speaks Out, Delivers Good News to All Kenyans That Voted For Him