By Shantynews (self media writer) | 6 months ago 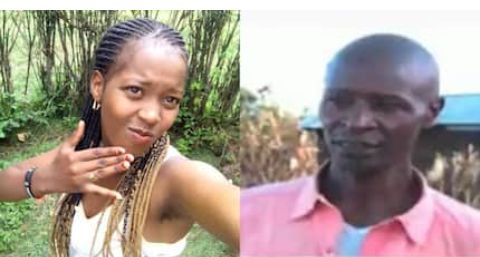 The family of Esther Wambui, an 18 year old woman whose body was found dumped outside Ruiru GSU barracks with a note written 'Bwana ya Mtu ni sumu' has finally broken their silence.

Her father revealed that Esther was a girl who was never ready to listen to anyone's advise.

She dropped out of school in form two, even after the father who is a peasant farmer sacrificed everything to pay her school fees.

For two years, she never informed the family her whereabouts and they only got to know that she was married after her death.

Her husband Joseph Ngige was arrested as the prime suspect. Esther's coallegues disclosed that he was a jealous husband.

Detectives suspect that he might have been involved in the cold blooded murder since he did not report her disappearance even after she failed to return home on the fateful day.

Joseph however dismissed the claims that he might have killed her stating that he loved her so much and they never had any issues. 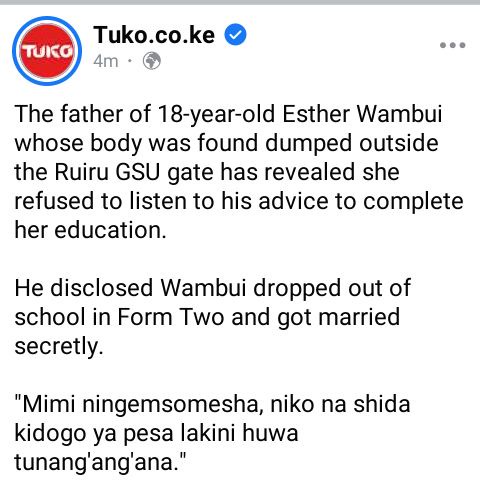 Ruto's Ally Badly Injured After He Was Attacked[Video]