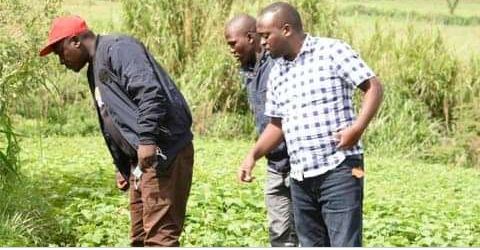 The gruesome murder of John Nderitu, a taxi driver left his coallegues and family members devastated. John was last seen on Wednesday at 8PM when he picked a client through a taxi app.

Hours later, his wife called the Naivas Midtown stage chairman Moses Ndung'u after he failed to go back home. His phone was off. A search began and his car was discovered by the police abandoned by the roadside.

His body was later found at a maize farm near where the car had been found. The body had strangulation marks, meaning that he might have been strangled to death by his killers.

Investigations into the murder are ongoing.

Nderitu was eulogized as a humble, honest and hard-working person who always took care of his family.

Taxi drivers who staged protests on Thursday demanding for justice asked the police to ensure security in the area to avoid incidences of cab drivers going missing or being brutally killed. 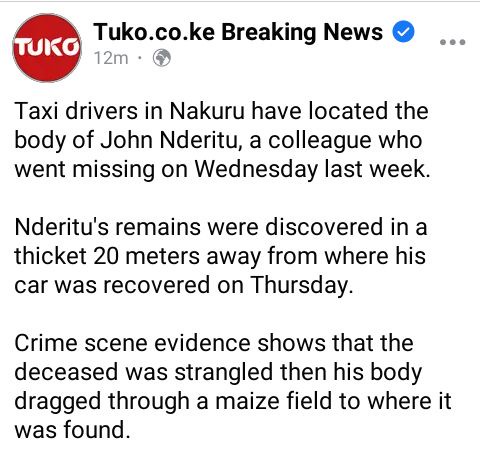