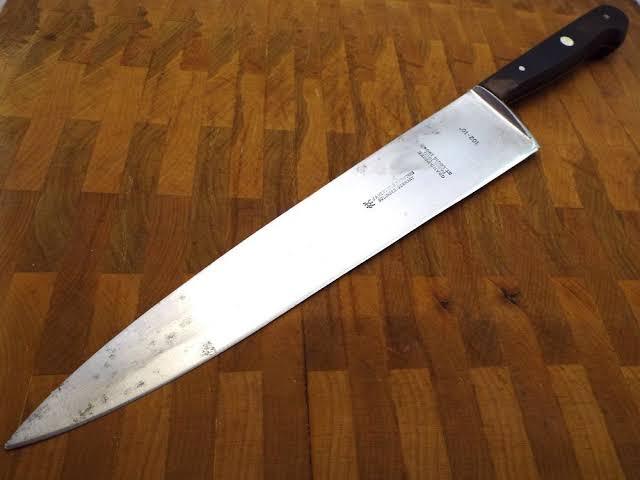 A man from Karikoi-ini village in Mwea-West Sub-County, Kirinyaga County has brutally murdered his wife following a domestic quarrel. This comes a short while following brutal murder of a young man who was killed by his girlfriend by stabbing him to death.

The man aged 30 years who was a casual worker brutally killed his wife who was aged 28 years. According to reports, the murdered woman was allegedly having affairs despite being married which triggered domestic fights.

The man however had no full evidence but suspected that his wife who was identified as Esther Wanjiku had an extra-marital relationship which contributed to their conflict. As a result of the conflict, the husband ended up killing his wife by stabbing her using a sharp kitchen knife. The woman, Esther Wanjiku, died on the spot as she bleeded profusely.

Neighbors says that the woman screamed while sprawling in agony. The scream prompted the neighbors to respond to the tragedy but she died as they were looking for means to take her to the hospital.

The killer was however arrested after the police officers arrived at the scene of the tragedy.

The police Commander in Kirinyaga, Leah Kithei condemned the murder case as incidents of domestic violence in the area increase. Leah Kithei said that an investigation will be carried out to determine the reason for the killing of the 28-year-old woman while determining why cases of murder have risen in Kirinyaga.

The police commander advised the residents that murder will not help them solve their domestic issues but will be bringing them more problems as those who have been involved in killing will face tough laws.

Bishop Joseph Kibucwa of Kirinyaga Anglican Church has also condemned domestic fights most of which are leading to loss of lives. The bishop called upon the couples to seek other means of solving conflict while encouraging them to pursue peace and harmony in their marriages and relationships.

The man is currently in police custody at Kiamaciri Police Station awaiting to be arraigned in court. The body of the murdered woman was then taken to the Kerugoya Hospital Mortuary awaiting to be buried following the untimely death. 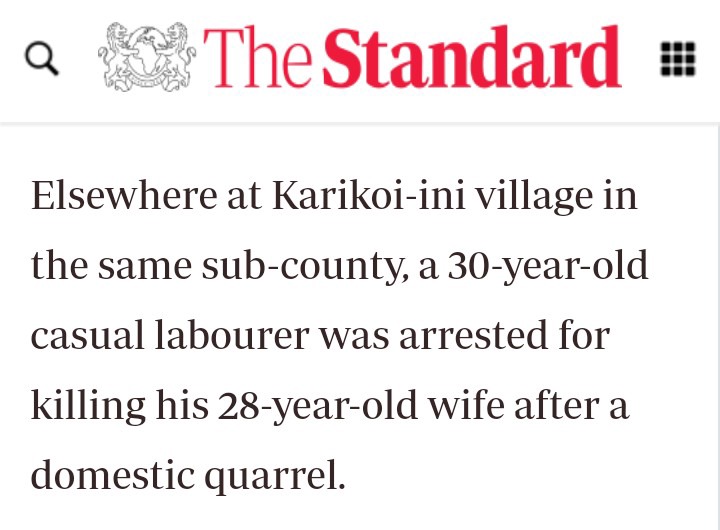 Pathologist Reveals His Reason Behind Not Conducting Postmorterm on Caroline Kangogo

Why Larry Madowo Took A Short Break From CNN Days After Promotion.(Photos).

Missing Lady is Found Dead at The Thika Hospital Mortuary