The news that have been standing out as truly newsworthy throughout the week have been startling. This is after reports of killings overwhelmed the features with not one but rather two self-admitted chronic executioners whose fundamental targets have been kids and ladies. After Masten Wanjala, who was focusing on kids, gotten away from guardianship and later killed yesterday in Bungoma, another self-admitted chronic executioner was caught in Ruiru, Kiambu County. 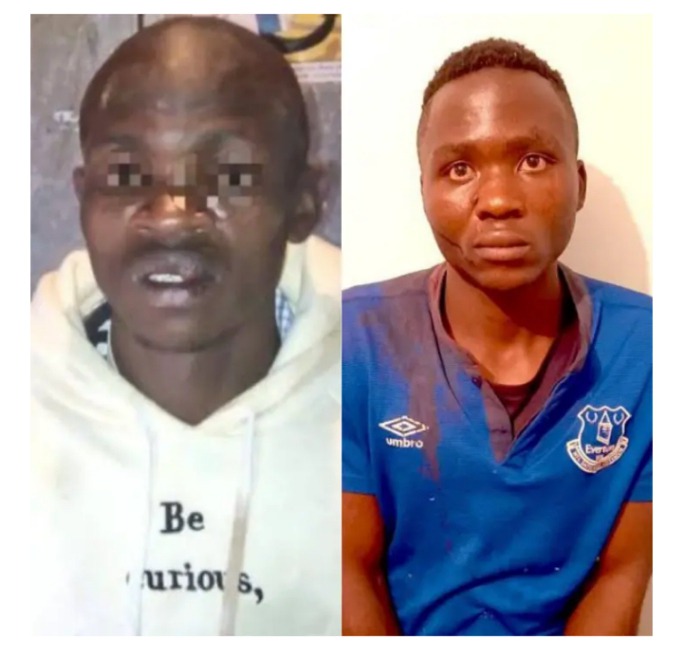 The 29-year-old Paul Magara Morara has admitted to the security officials that he has been assaulting ladies, contaminating them prior to ending their lives. This man has left the inhabitants of Kiambu stunned. Magara says that he has been killing for cash. He has exposed how he was bankrolled by a congregation suspected to rehearse mysterious. He says that the congregation has been paying him Sh30,000 for each instance of homicide.

Magara has uncovered how his companion acquainted him with the congregation last year. He was informed that each time he kills, he would be paid Sh30,000. Magara says that he was told to be killing ladies since they are most effortless contrasted with me

n.Each Time he killed, Magara should convey the casualty's under dresses splashed with blood and would later return home with his installment of Sh30,000.

The chronic executioner has uncovered how he executed his first mission at Kihunguro along Ruiru sidestep. He says that he deceived a youngster and afterward reserved a room. Magara says that he killed her and slashed off her body parts. He says that subsequent to killing the primary individual, he wanted to kill more. 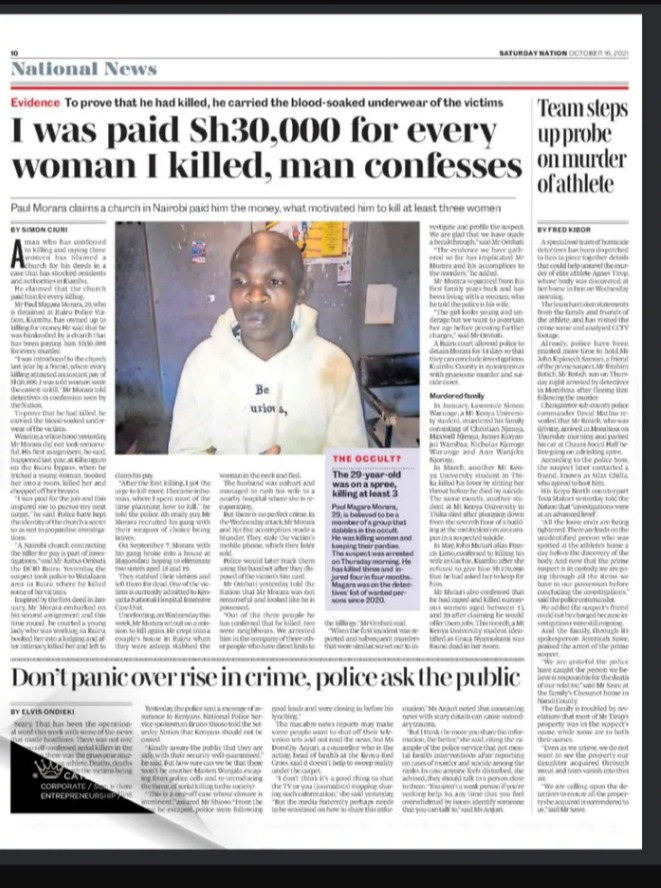 The cops have said that they have maintained mystery the personality of the said church so they don't endanger the continuous examinations.