By Rumuruti.news (self media writer) | 23 days ago 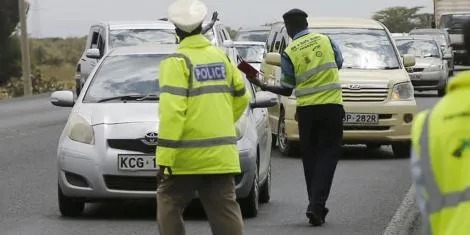 The National Transport and Safety Authority (NTSA) on Monday, November 8, announced its return on Kenyan roads.

Speaking during a sensitization exercise on road safety along the highway, Central Region NTSA Coordinator Kendi Mutuma revealed that the authority had begun a crackdown along the Thika Superhighway.

Mutuma explained that the decision to return to the roads was informed by the increase in the number of accidents along the highway in the past few months due to speeding vehicles.

She stated that there was a concern over the manner in which motorists blatantly disregard the speed limits.

In this regard, the coordinator stated that NTSA would conduct crackdowns and sensitization to ensure that drivers stick to the speed limit in a bid to avoid fatal accidents.

“We shall enhance crackdowns as we head to the festive season. We know the highway has several black spots, and we need our drivers to be keen when driving on the road,” she urged.

During the crackdown, drivers of public vehicles found to have tampered speed governors will be apprehended.

Mutuma stated that NTSA had also noticed a spike in the number of school-going children crossing at non-designated points on the road on their way to and from school. She stated that the students pose danger not only to themselves but also to motorists.

She disclosed that NTSA would work with the Kenya National Highway Authority (KeNHA) to have guard rails erected along the crossing points to keep the children off the highway.

The authority plans to install rail guards at the various crossing points proved to be black spots. In addition, schools have been advised to hire marshalls who will ensure the learners use footbridges while crossing the highway because of the risks involved.

“It is a concern that young learners cross the highway to and from school on their own,” she stated.

The NTSA boss revealed that measures had been put in place to sensitize the schools to make learners use footbridges. Through a programme dubbed 'Vuka safe', learners have been provided with reflector bag jackets to make them more visible on the roads. 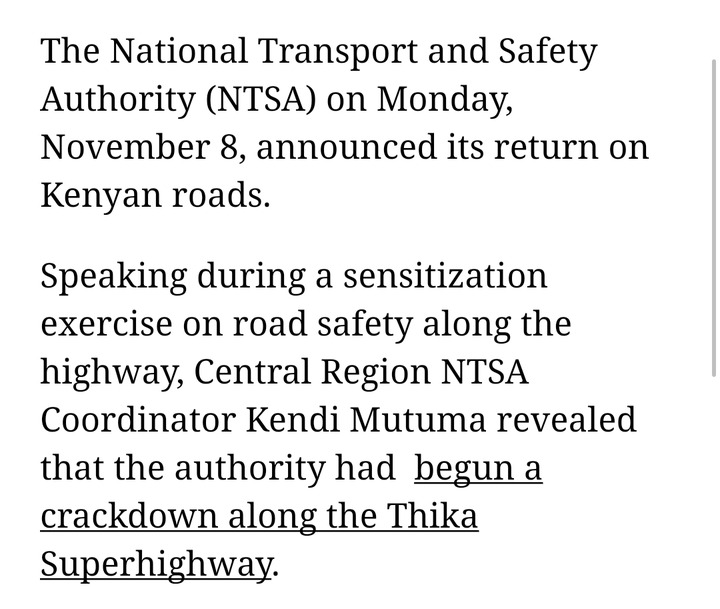