By MwagungaThoya (self media writer) | 3 months ago 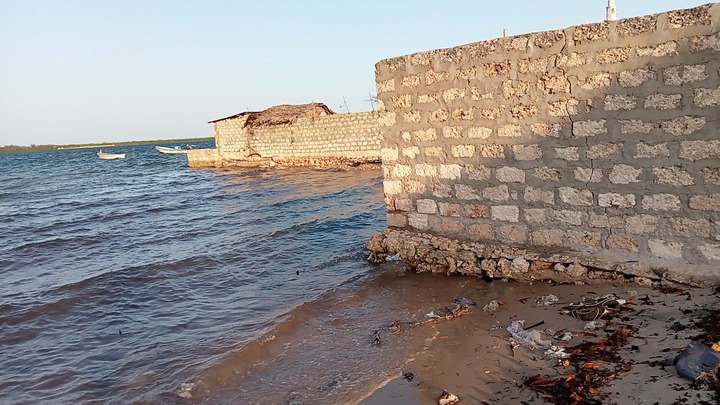 Residents of Wiyoni in Lamu Island are blaming both the county and national governments of neglect in putting up a seawall to prevent their houses from being swept away by the Indian Ocean.

Seawalls are crucial and common in almost all the islands across the Lamu archipelago as they are erected along the sea shores so as to prevent the overflow of water from the Indian Ocean to residential areas and roads.

A spot check by Opera News Hub however established that many buildings and even mosques in Wiyoni are at risk of being swept away by the Indian Ocean after the previous seawall collapsed.

It is observed that some buildings have already been submerged in water, a situation that locals say is likely to cause disaster.

Ali Athman, a Nyumba Kumi official at Wiyoni said at least 10 houses have been affected.

Mr Athman says it is worse, especially during the evening hours when the Indian Ocean tidal waves are rough and strong.

He blamed the previous contractor for failing to put up stronger structures that can withstand the constant strong ocean tides and instead putting up structurally unsound walls. 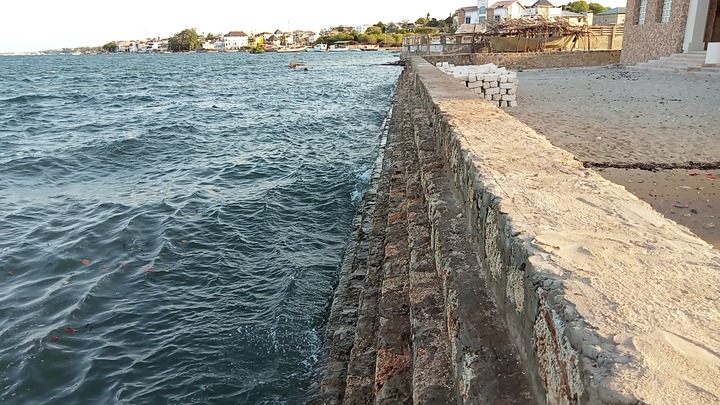 He said in recent times, they have been forced to contend with frequent flow of water from the Indian Ocean into their houses and business premises despite their frequent efforts to plead with the government to construct such amenities.

“The Wiyoni seawall collapsed a long time ago. We are surrounded by the ocean and this risks our buildings from being swept away or submerged in water. We have more than 10 houses, including our mosque, all of which border the Indian Ocean. We need seawalls that are strong enough to withstand the frequent knocks of the ocean waves and tides otherwise they cave in way fast,” said Mr Athman.

Zainab Salim cited lack of maintenance as a key reason that led to the collapse of the Wiyoni seawall.

Ms Salim called for a speedy construction of the seawall so that residents at Wiyoni can be relieved of the fear of their houses being swept away by the ocean waters.

“I blame both the national and county governments for neglecting the maintenance of the seawall here, causing it to collapse. Let them erect a new seawall and ensure it is well maintained,” said Ms Salim.

A similar situation is also facing residents of Mkokoni and Kizingitini in Lamu East where seawalls have either collapsed or in dilapidated state.

Mohamed Shosi, an elder at Mkokoni village said living without the seawalls was simply a disaster in waiting.

“Our seawalls here were built less than four years ago. Apart from the poor way they were set up, they didn’t also receive the constant maintenance required and so they collapsed. We need new seawalls built here,” said Mr Shosi.

Shukri Adnan said their biggest fear is waking up in the morning to find their village swept away by the Indian Ocean during high tide. 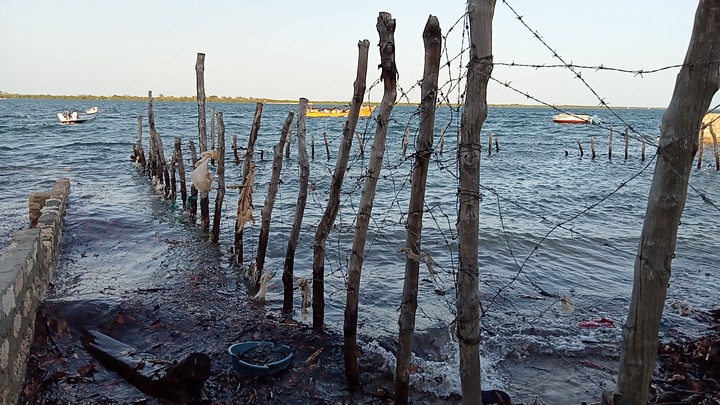 Mr Adnan noted that tens of residents whose houses are closest to the shores have already been forced to relocate as their houses are filled with water.

“We not willing to relocate. That’s why we are pushing for the seawalls to be constructed as fast as possible. We are tired of living in water-filled houses. We need urgent intervention,” said Mr Adnan.

Sonko Reacts After Reverend Natasha Failed to Inform Him About Her Engagement With Indian Lover.

Check Out Five Plants That Feed On Animal