Meet Kennedy Odede, the SHOFCO founder who rose from poverty in Kibra slums to philanthropist

By Owis (self media writer) | 4 months ago 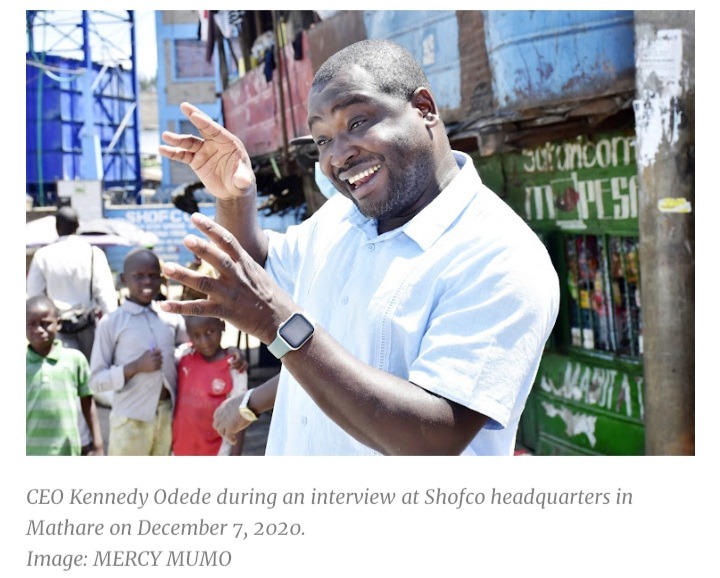 Kennedy Odede, the SHOFCO founder, rose from poverty in Kibra slums to a philanthropist helping thousands of slum dwellers.

Struggling to get a go ahead out of Kibra, Kennedy discovered Dr King's literature at a community centre and said, "he gave me a reason to believe you can change your own life."

In the year 2004 he landed a job with a factory earning $1 for ten hours of work. Kennedy saved 20 cents and used it to buy a soccer ball and start Shining Hope for Communities (SHOFCO). 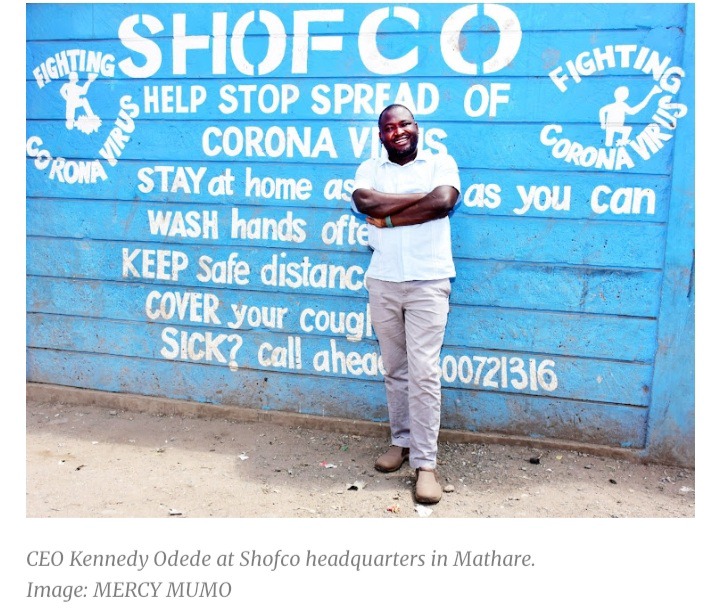 Moved by the innovation and entrepreneurial skills of the residents of Kibera, SHOFCO emerged one of the biggest grassroots firm in the slum.

In the year 2018, SHOFCO was the youngest-ever firm to get the Conrad N. Hilton Humanitarian Prize, awarded to non-profits that have made extraordinary contributions to transform human suffering.

Kennedy got a full scholarship to Wesleyan University, and was one of Kibera’s first to pursue an education from an American liberal arts institution. 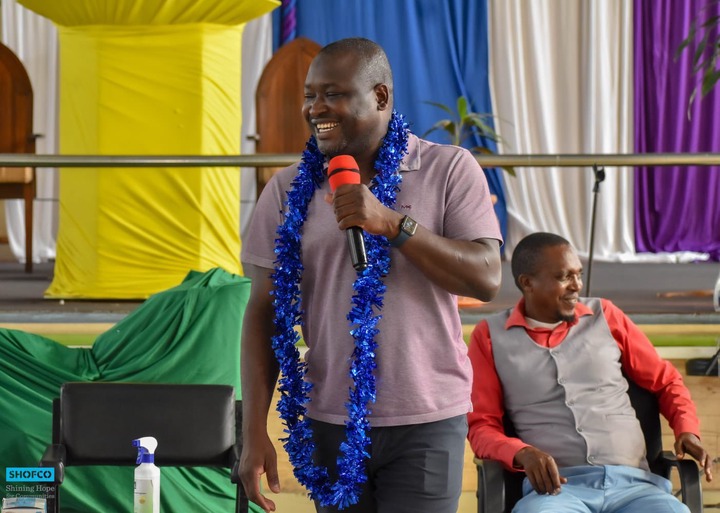 He later graduated in 2012 as the Commencement Speaker holding honors in Sociology. He was appointed as the Wesleyan Board of Trustees.

Kennedy won the 2010 Echoing Green Fellowship, often given to the world’s best social entrepreneurs. He was ranked by FORBES “30 among 30 list” for the best Social Entrepreneurs in 2014.

Kennedy was also awarded the 2010 Dell Social Innovation Competition and he is still among the officials of the Clinton Global Initiative.