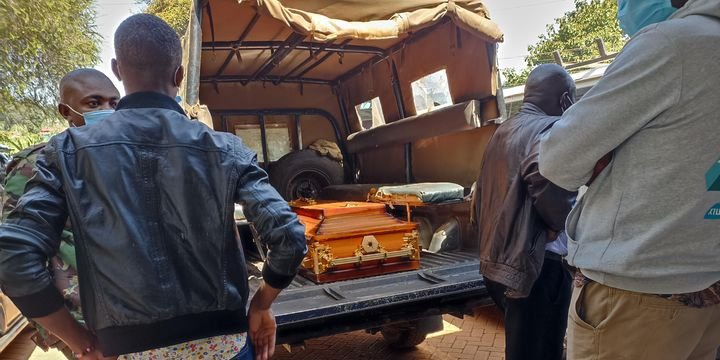 The family of a police officer who died in a suspected suicide has expressed concerns that his bosses could deny their relative the traditional ceremonial send-off reserved for officers at his funeral today (Thursday).

Officers who picked up the body of Police Constable Duke Nyamweya from the Meru Level Five Hospital mortuary dressed it in a civilian black suit and a red tie, and not in a police uniform.

Servicemen who die on active duty are usually buried in elaborate, colourful ceremonies where the casket is draped with a police flag and accorded gun salutes.

However, the officer could be denied the burial honours as he is said to have died by suicide and had been interdicted pending a review of several disciplinary matters that were facing him.

A senior officer who understands the police service procedure said an officer who takes his own life forfeits the official burial ceremony. 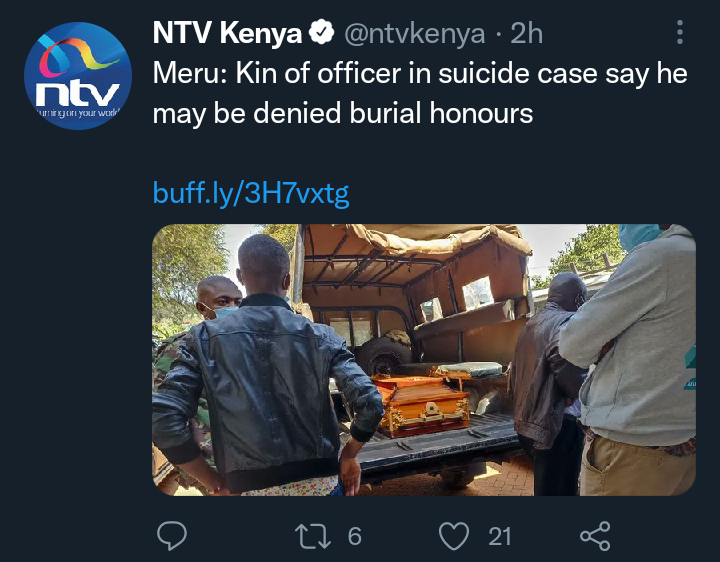 However, Igembe North police boss Mbatian Kantai insisted that the officer, who made headlines after he shot his civilian girlfriend six times in a quarrel in August 2020, would receive the gun salutes.

Check out these gorgeous matching outfits for you and bae (Photos)

How To Get Your Ex Boyfriend Back In A Short Time