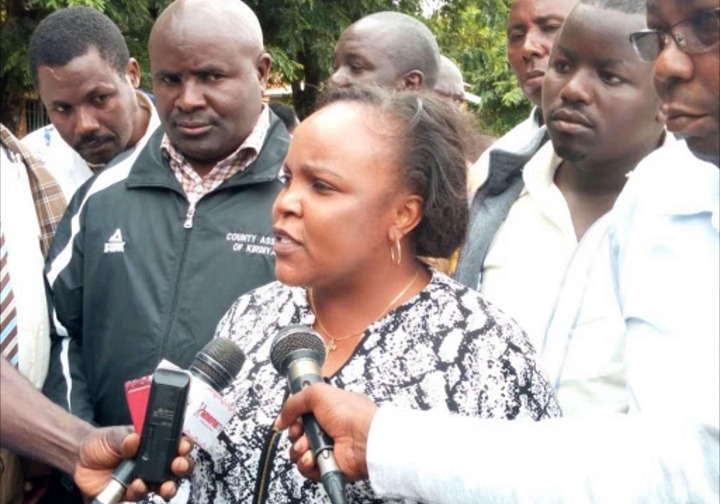 Kirinyaga County Women Representative Hon Wangui Nguciri today engaged in an exchange with other Motorists in Nairobi after She allegedly broke traffic rules that nearly led to an accident on the road that had Vehicles lined up awaiting the breakthrough in the traffic.

The Mp who was seen in between the people who had assembled while trying to solve the situation appeared very pissed Off and nearly resorted into a fight to deal with the situation that nearly turned Ugly.

According to a statement from one of the Motorists who had climbed down His Car to address the lawmaker, the black expensive Car with the model of a Toyota Land Cruiser tried to overtake other Cars carelessly in a manner that provoked other Kenyans who were using the same road and were very patient to the situation.

The Man who did not fully identify Herself claimed told Hon. Nguciri that She is a respectable leader and She must follow the traffic rules despite the position that She is holding in Government, and also Her social status.

On a closer look on the Video, Nguciri alighted from Her Vehicle with alot of pain because of the insaults. The Man however claimed that She tried to punch Him in the face because of speaking and lecturing Her on the event that nearly turned Ugly were it not for the intervention of some other third parties. 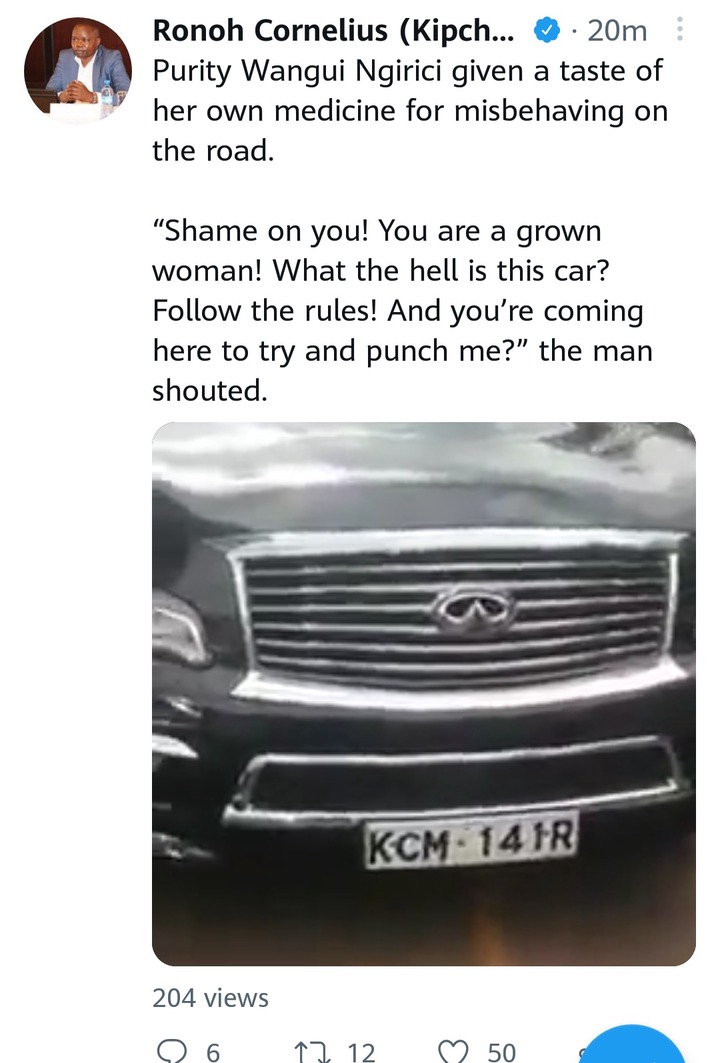 "Follow the rules, because you are a full grown Woman. Shame. Just get the hell out of this place. You don't follow the rules and you are coming Here trying to punch me? Shame on you" The Man said.

The crowd which had assembled within Minutes to witness the whole drama however dispersed quickly after the Legislator got into the Car and ordered Her driver to speed off and get out of the scene that has attracted attention.

Kenyans have however criticized the act saying that all leaders should learn to respect Kenyans on all government facilities irrespective of their positions.

Police Boss Act Of Kindness Warms Hearts Around the Internet

'See 5 Unique Couples That Became Celebrities For Their Unusual Relationship

NA Speaker And Senate Speaker Moves That Should Worry Uhuru

Get To Know The Owner of Total Petrol Filling Stations in Kenya.

"He Is A Top Forward And Will Improve" Man United Manager Praises His Top Player After A Bad Start.

Difference Between Peter And Judas Betrayal To Jesus