By Kimtheblogger (self meida writer) | 27 days

Villagers of Mwamba in Lugari were today left in disbelief, after they were treated to a rare morning drama,when one of the friend kept crying hard without stopping, even after they tried to convince him to calm down.

From the witnesses description,the man who is at his late twenties found himself on a hot soup, when he invited a slay queen at his rented house.

The man had just secured a position as a casual labourer and his boss had not paid him for a period of two months. The previous day, he got paid the total amount,a thing that made his so happy.

His boss tried to convince him to be paid by M_pesa, but he denied saying that he wanted run a few errands with the cash.

As they were discussing on the mode of payment, a slay queen realized he had been paid and very fast tricked him to his house.

After a long night of happiness and merry making, the man got drugged and slept completely.

He woke up early in the morning, with a head migraine. He looked for his pair of trousers where he had kept his money, so that he could buy medicine.

This is when he realized that, neither the trousers nor the slay queen were in the house. He started crying out bitterly, regretting why he never got paid using his m_pesa as his boss had suggested.

This should be a learning lesson to those Young men,who after getting money only think of having fun and forget about their goals. 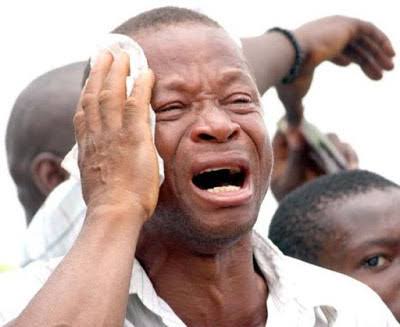 (The photo is purely for demonstration) 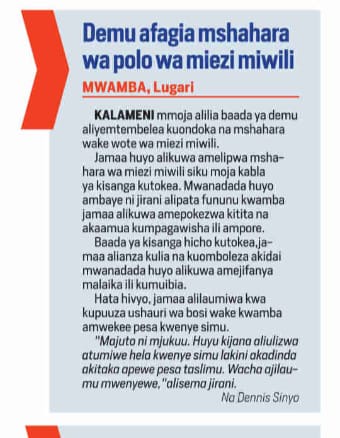