By BurettiKiprop (self meida writer) | 18 days

Rigathi Gachagua, the Mathira MP and the closest ally to DP Ruto has been the subject of two graft claims.

According to reports, detectives are piecing together information of how he formed 49 firms that he reportedly used to deal with various agencies in a complex network that saw him win tenders worth more than Sh12 billion, according to a series of articles published by People Daily. The allegations have been refuted by Gachagua. 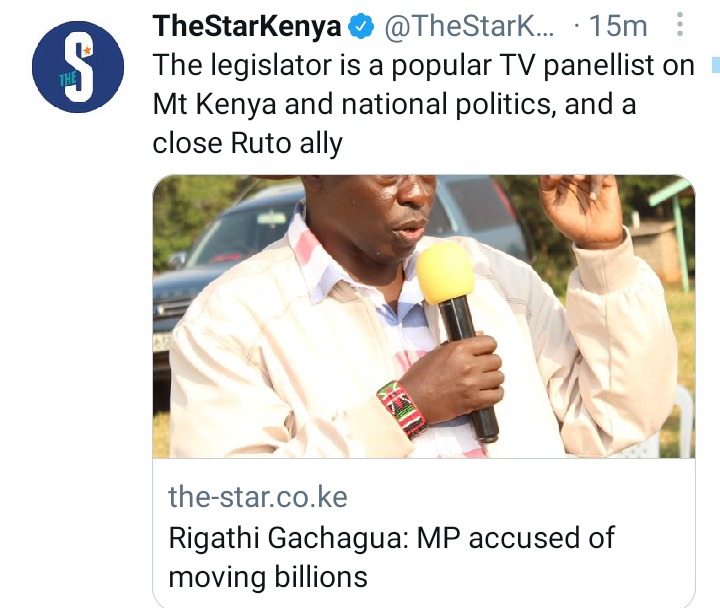 He has stated that he was serving as a trustee for many entities identified as beneficiaries of his fortune in some instances.

The High Court froze more than Sh200 million in two of the MP's accounts a year ago. Both accounts were with Rafiki Micro Finance Bank, one with Sh165 million and the other with Sh35 million.

“I am confident the court will grant me justice after according me an opportunity to be heard" He told the Star.

Rigathi allegedly got more than Sh5.8 billion in seven years, according to court documents, drawing the attention of anti-graft authorities.