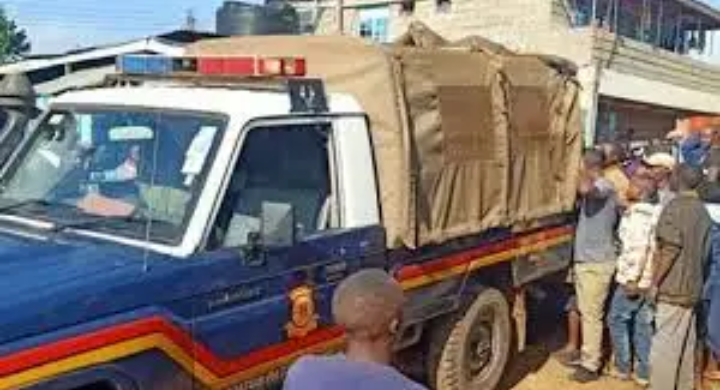 Cases of domestic murders have been on the rise in the past months with authorities blaming them on various issues including poverty.

Police in Nairobi have arrested an engineer facing an attempted murder charge as he tried to escape.

Danson Onyango, who was arrested at SGR terminus in Nairobi, is also being investigated for attempted defilement of a teen in Embakasi, Nairobi.

According to reports by a local publication, a police officer investigating the matter told the Makadara Law Courts that a blood-stained knife was recovered at the scene.

"The suspect assaulted his wife and tried to push a knife into her throat but she got hold of the knife and in the process she sustained injuries on her hands," said the police officer.

She said that the knife is suspected to have been used on the victim and is supposed to be taken to the Government Chemist for forensic examinations.

The investigator told the court that there is a need for the scene of crime to be examined,saying the suspect used a grader to cut his way into a room in an effort to kill his wife.

Couples are urged to resolve their family issues peacefully instead of taking the law into their own hands.

"I saw it coming," Raila's Head of Campaign Secretariat Alleges What Has Happened in Mt Kenya