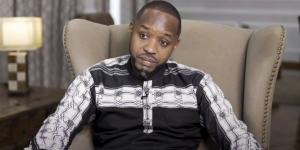 Activist Boniface Mwangi, is now counting his losses after his house was blown up on the night of Wednesday, October 20.

In a series of video clips the activist shared online on the same night, he explained that the house, which is located in Machakos County, was still under construction at the time of the attack.

The clip showed debris scattered around the site after the explosion. He also noted that his construction workers found bullets and remains of the explosive device at the scene.

He further noted that the thugs, who he believes had been sent by the state, also sank the foundation of his house as well as robbed his construction workers.

"I’m a resident of Machakos County. An hour ago, thugs have bombed my house (under construction), sank the foundation, and robbed my workers. I can’t go there now for safety reasons.

"I’m not a criminal. I don’t do deals. I have never compromised my values. The state has blown up the house my family was building. The bullets, the explosives they used are on the scene. So what kind of a country are we living in?" he questioned.

He also noted that the attack was a major setback in his quest to provide a roof over the heads of his family.

Mwangi reached out to the Inspector General of Police Hillary Mutyambai and the Directorate of Criminal Investigations (DCI) asking them to open investigations into the incident.

"I'm hurting, but my spirit isn't broken. Even this will pass... If the government doesn’t go after the culprits, they shall survive to hunt me and hurt others.

"The bullets and the remnants of the explosive are in my compound. All l ask is an open and transparent investigation. If speaking the truth will get me killed, I’m ready to die," he added.

This comes just two weeks after a clip of the activist being assaulted by the police, surfaced online on October 8, 2021.

In the clip, Mwangi narrated that it all began after two men allegedly attempted to arrest the receptionist of a barbershop he had visited without revealing the reasons for the apprehension.

The activist states he asked the two men to identify themselves and produce their work identifications but neither of them had any. He told the officers that he would not allow them to take away the lady without proper information and documentation.

A confrontation then ensued after the woman, purportedly working for NMS, confronted Mwangi for allegedly recording the altercation.

As the altercation escalated, some GSU officers joined in demanding that the activist surrenders his phone and an attempt to grab it from him failed.

The police, in a statement, however, rubbished Mwangi's claims noting that he had fallen to the floor on his own and that he had not been attacked by the police.