Eyebrows have been raised after the heavily armed police officers are reported to have camped outside Ufanisi Resort in Kisii county demanding to arrest the ODM National Treasurer Hon Timothy Bosire ahead of Tuesday's by-election in Bonchari.

According to the report as grasped by the former State House Digital Strategist Dennis Itumbi, the heavily armed police officers had carried huge amount of money which they allegedly intended to plant against the ODM treasurer Hon Bosire to occasion his arrest. 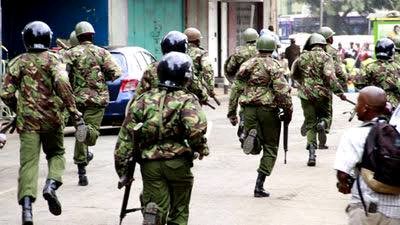 However, their plans have allegedly been thwarted as Hon Bosire told them that he wasn't in possession of such huge amount of money, therefore arresting him for being possession of money won't hold water anymore. 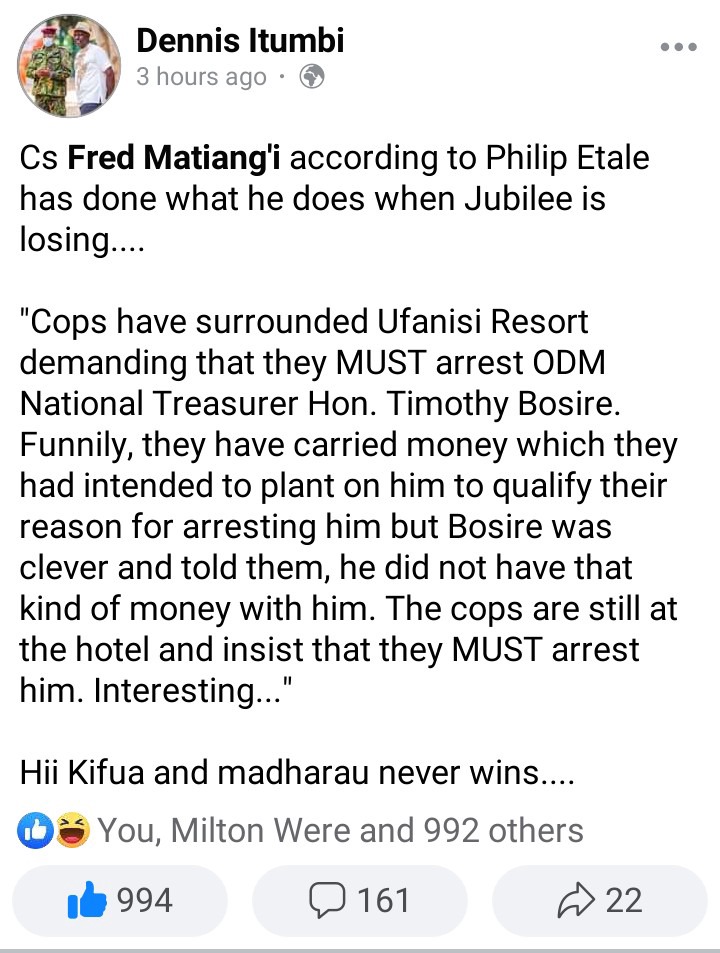 This jointly follows another similar incident that happened to the deputy president William Ruto's point man from Gusii land and Mugirango South MP Silvanus Osoro as he was reportedly arrested by heavily armed people suspected to be police officers.

According to Oscar Sudi's personal blogger identified as The Don, Mugirango South lawmaker was randomly picked by armed men driving a Subaru legacy, took the driver's phone and drove off at a high speed to unknown location raising concerns in the Tangatanga camp. 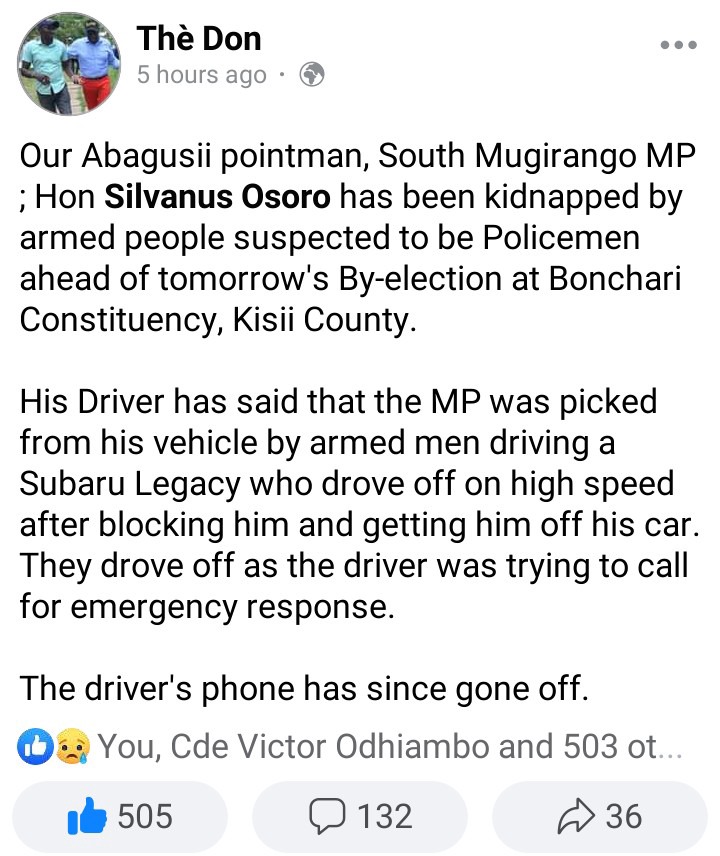 At the same time, a section of UDA observers have allegedly been surrounded by police officers at Mood Hotel in Olkalau ahead of Tuesday's by-election in Rurii ward.

According to one of the victim who urged Dennis Itumbi to raise an alarm through a text message, the aforementioned police officers were vehemently kicking the doors while instructing the people who were inside the Mood Hotel to open the door. 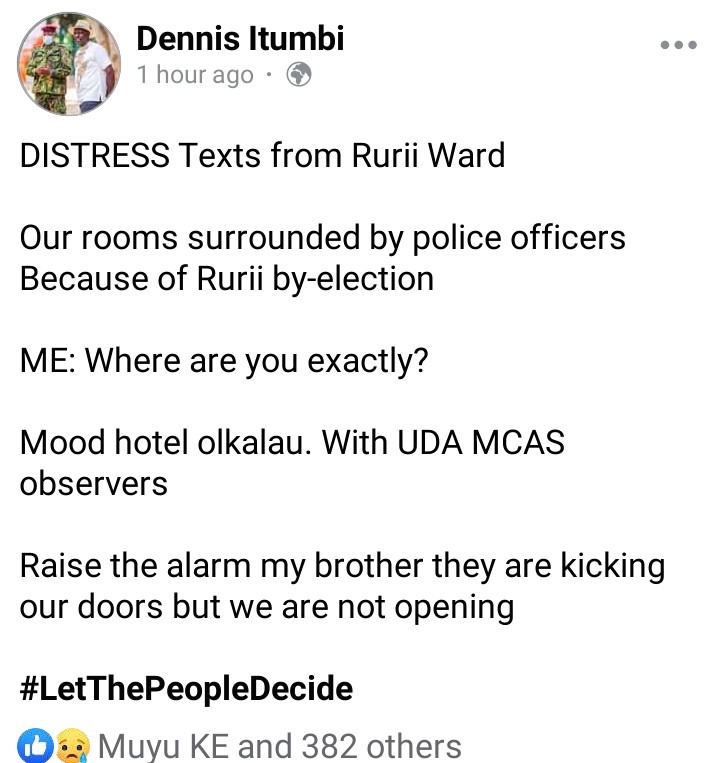 This comes a time when the IEBC officials are readily prepared to conduct mini polls in Bonchari and Juja constituencies and Rurii ward by-election.

Raila: Who Said I Will Run For President

"It's Too Early to Affirm That Western Won't Vote For Ruto." Rachel Echesa Interjects

Unhappy Raila Odinga Ally Ditch Him, Says He's About To Commit A Political Suicide By Doing This

New Developments Regarding The 2022 General Election Rise As Jubilee Decides To Unite With ODM, Tuju

"The Fruits of Handshake," ODM and Jubilee Parties Plan To Form A Coalition Before 2022