Trending; Fearless Assassin Sprays a Man With Several Bullets Daylight and In Front of His Daughter

In the country, cases of people being killed by criminals have been reported. Most of the deceased are being killed and their bodies dumped elsewhere. These cases should be condemned and all Kenyans should work together with police officers to arrest the suspects who are doing these evil acts.

According to the source, sad news has just emerged about a man who was killed in front of her daughter in Kasarani . As per the report shared Star, some few ago, it has been reported that, a man by the name Njoro was brutally killed by unknown assassin who later escaped after spraying him with several bullets on his chest. Njoro was with his daughter when he was brutally killed some few hours after picking his daughter from the school. 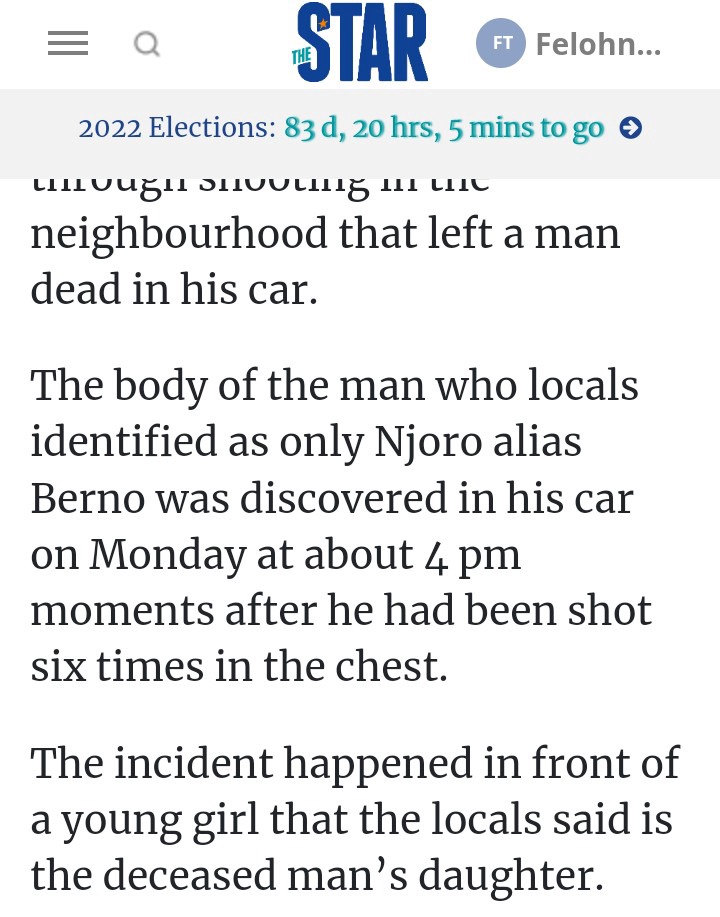 This comes in after cases of people being killed in cold blood has been witnessing in the country.

Today's 11 Competitive Games To Bank On

Why treating the strep throat and scarlet fever is essential in preventing the rheumatic fever.

Much than Christiano's: African football player who is now among the highest paid footballers.