It was a moment of joy and jubilation early today for the family of Taimur Hussein after reuniting with him again since his disappearance of five months.The family,although Taimur looked traumatized according to his sister Fauziya,thanked God for his safe return. 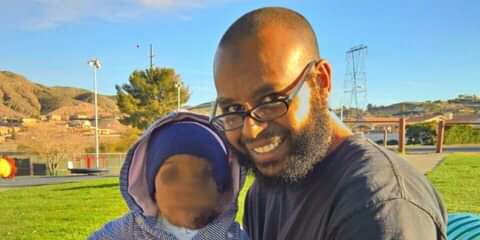 Confirming his return from captivity, Fauziya Hussein, on her social handles, said that her brother, called their mother at 6:30am saying that he was on his way back to their home at Watamu,however, he didn't disclose where he has been for all that long.However, the sister confirmed that he headed for a rest as they await to question his whereabouts later.

Earlier reports from the said family indicated that,Taimur,was a lamu based businessman and was arrested by ATPU officers for questioning on 11th June and charges against him withdrawn on 18th.He was then rearrested on June 28 and taken to Kahawa law courts and released without the family's knowledge. It is during that time when he disappeared and the family has been alleging that he is under ATPU officers hands. 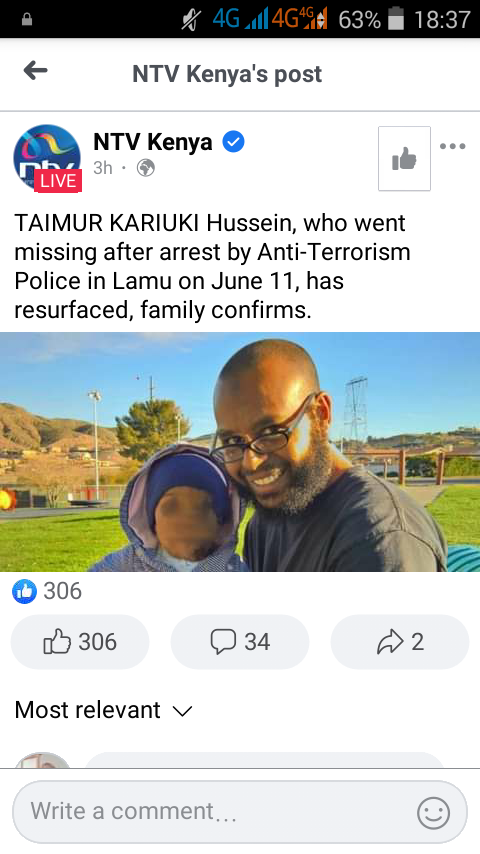 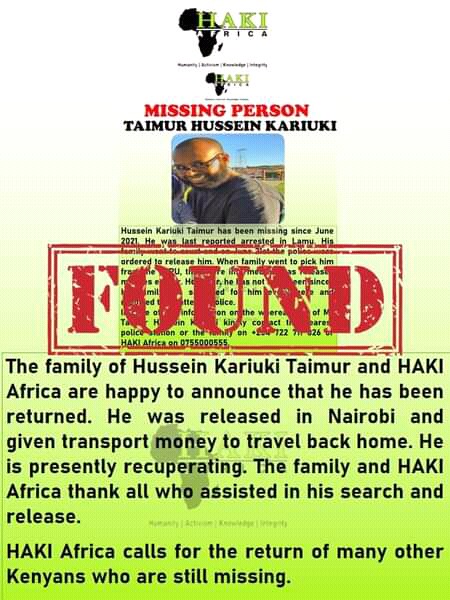