Fresh details have emerged after detectives from the directorate of criminal investigations department were told by the suspected serial killer that he was offered thirty thousand shillings by a church for every murder he committed. 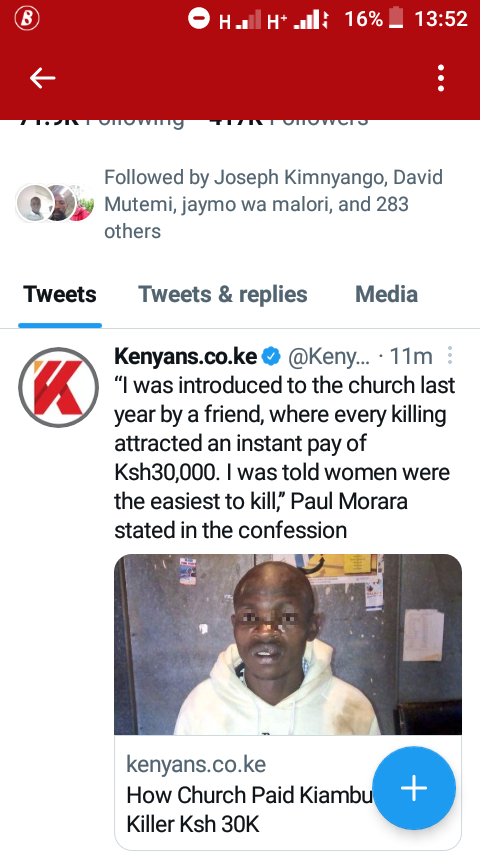 Morara added that he joined a cult introduced by his friend, and to prove the killing he was supposed to show the woman's pants.The serial killer suspect revealed that he accepted the offer and started the assignment.

“I was introduced to the church last year by a friend,where every killing attracted an instant pay of thirty thousand shillings.I was told women were the easiest to kill" Morara confessed to the detectives. 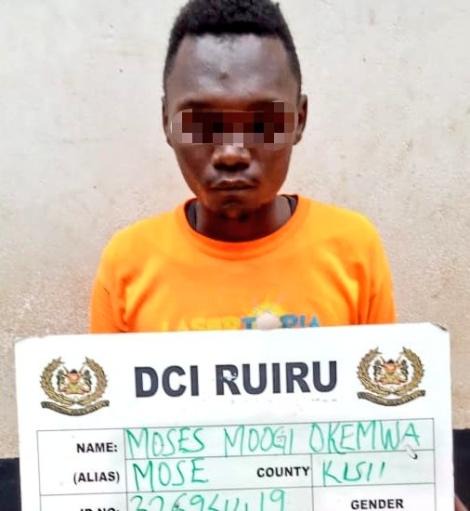 As reported by kenyans.co.ke,the serial killer did not revealed the identity of the said church.Detectives from the directorate of criminal investigations department have launched investigations to establish the truth in the confession.

Ruiru district criminal investigation officer Justus Ombati,confirmed that investigations had been launched concerning the church and the entire cult.He further described Morara as a possessed individual who did not potray any sign of remorse. 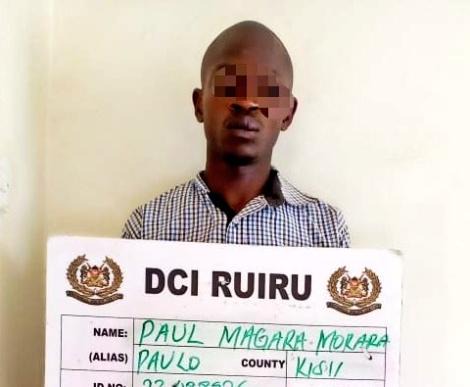 He further added that two of the three women he killed were neighbours.Three other suspects we're arrested who are believed to have direct links to the killings.