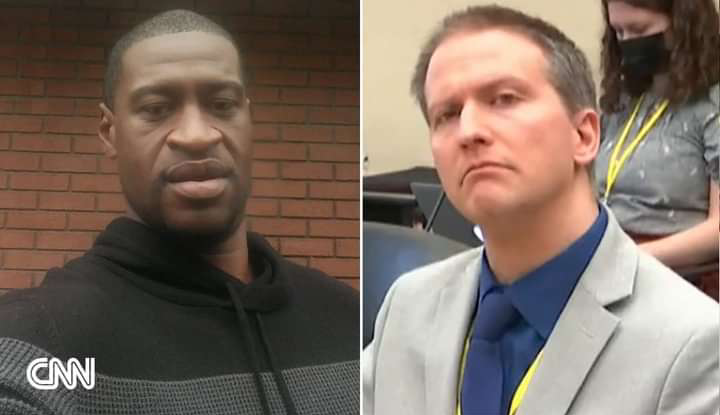 Most United States Africans have emerged very happy after jury's judgement on George Floyd's murder. George Floyd was murdered by the police who is was reported to have stepped on his neck. This is something that resulted into demonstration in most cities in the United States as people seaked for justice for the blacks. 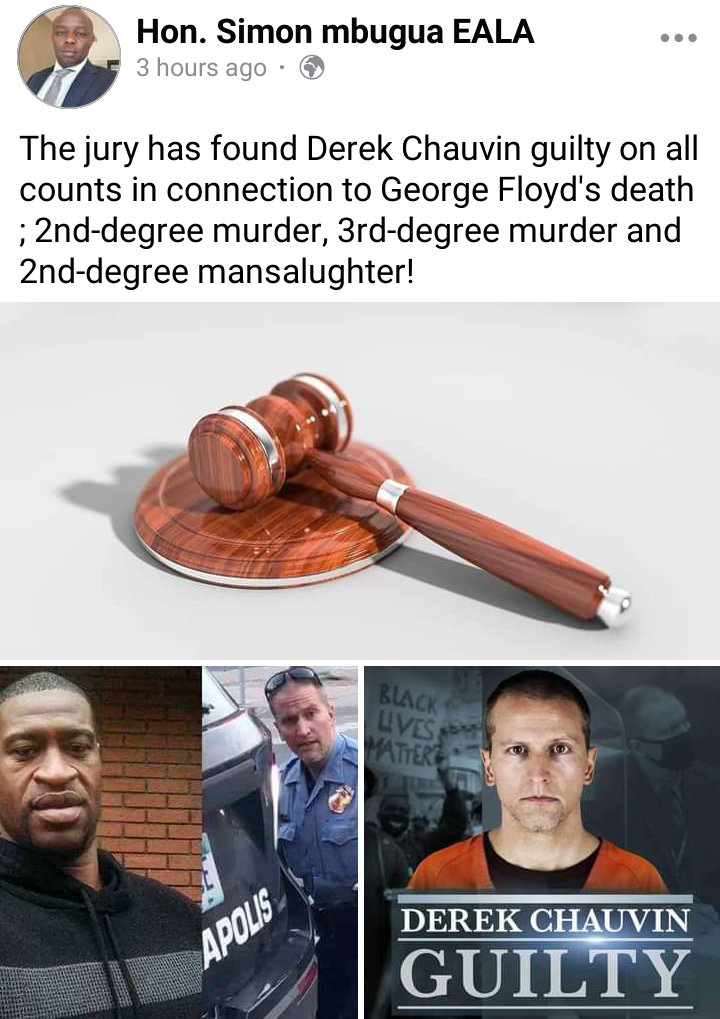 This happened during Donald Trump's reign until when the country had to agree and offered to look into the case. Today, it has been all smiles after most people realizing that the jury had made it's verdict and the police by the name Darek Chauvin was guilty. 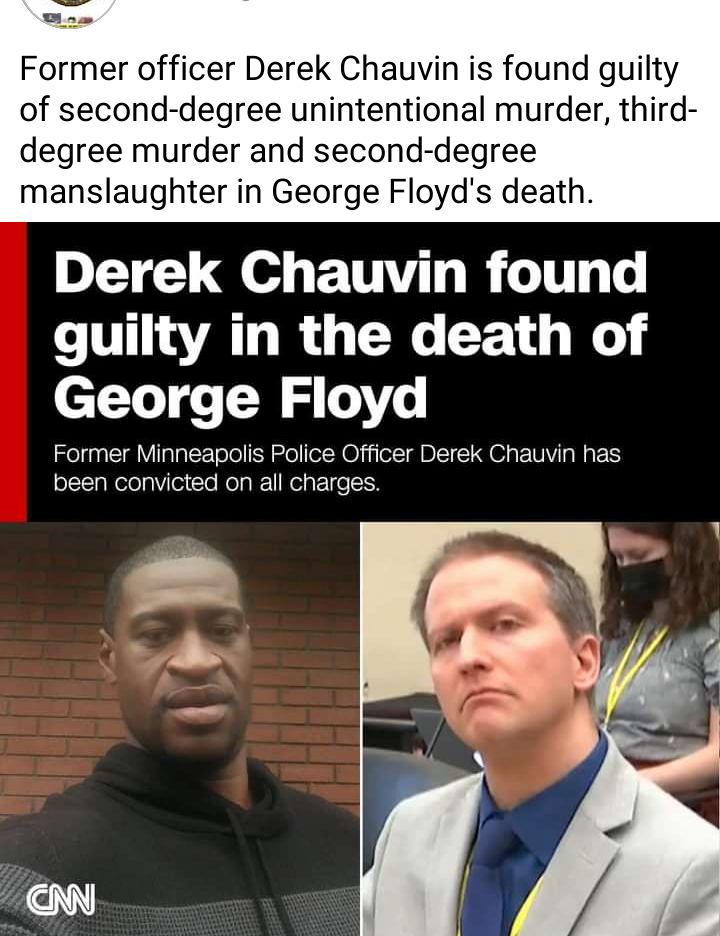 According to the jury's report, Darek Chauvin a former Minneapolis police officer has been convicted on all charges. This comes after being found guilty of second degree unintentional murder, third degree murder and second degree manslaughter. This verdict had served served justice for the black lives to prove that black lives matter.