Rogue Man Who Walked Into His In-law's Home, Picked His Wife Only to Murder Her Hours Later Arrested

By Tetto (self media writer) | 5 months ago 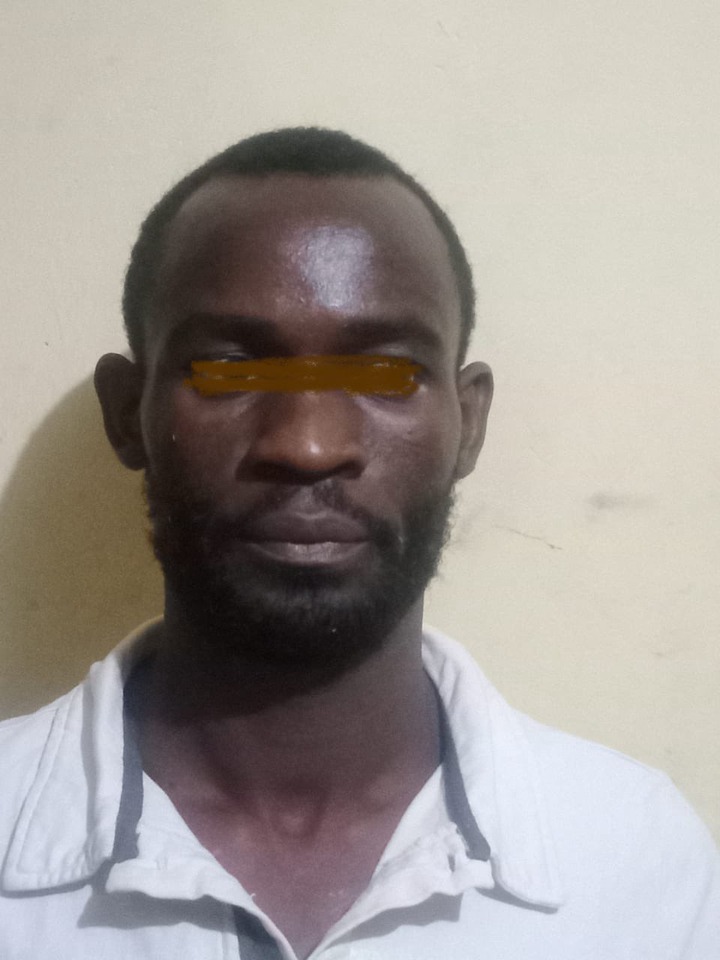 Photo of the dangerous suspect.

In a murder most foul, a kenyan man identified as Ismael Karisa murdered his wife identified as Nehema Karisa in a case that left behind a trail of suffering and pain.

According to the directorate of criminal investigation (DCI), the man hatched a clearly evil plot to eliminate his wife. In the evil plot, Karisa is said to have visited her father in-law's home to negotiate and take back his wife home after a vicious domestic quarrel between the two love birds.

However, the man hacked to death her now deceased wife using a Machete just few hours after settling the disagreement with his in-laws and returning with her to his home.

"In a murder most foul, the 35-year-old suspect is believed to have hacked his wife using a machete, killing her on the spot. The couple had experienced a troubled marriage and the deceased Nehema George Karisa, had gone back to her parents home in Bamba," DCI said in part.

The detectives indicate the man had left his one-year old baby tied on the back of his murdered wife before proceeding into hiding with a manhunt later launched against him. 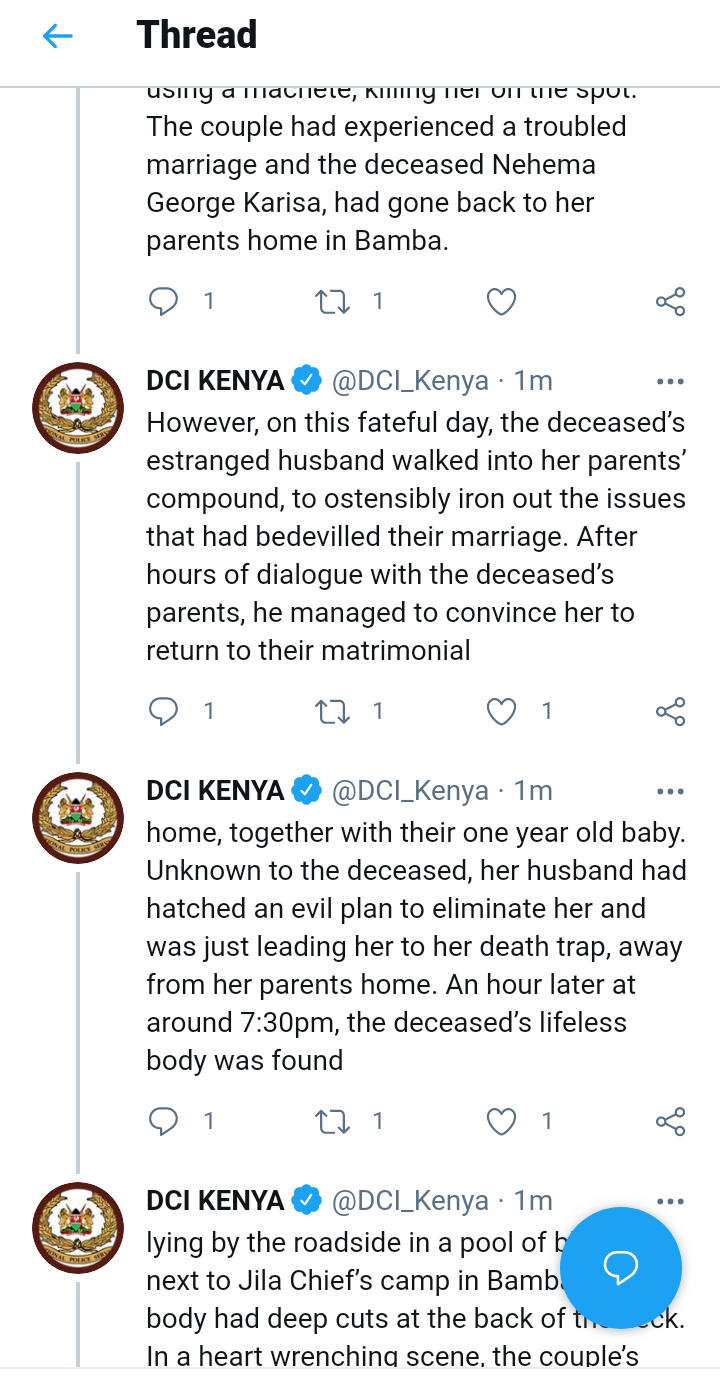 He was arrested as he tried to evade and cross over into Tanzania so as to avoid the long arm of the law. However, his plans were unsuccessful as a patriotic citizen alerted the detectives who are arrested him.