By InstantNewss (self meida writer) | 25 days

A Class 3 Student from Ikelu primary school has reportedly died in a game that went wrong after she accidentally slipped and strangled herself to death while trying to show her class mates how people commit suicide. 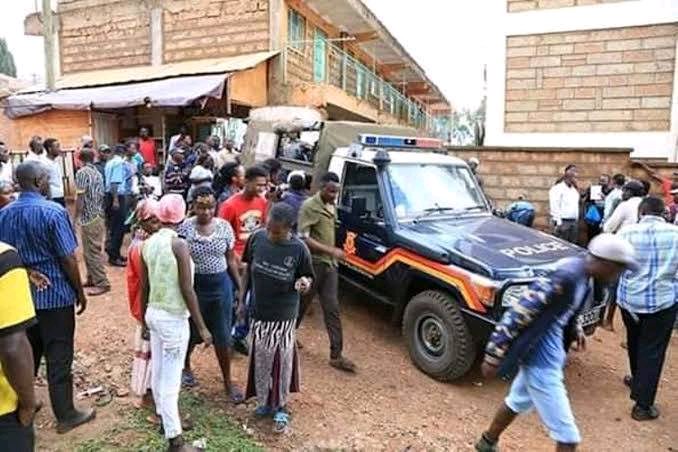 According to the reports given by the police officers who responded to the incident, they claimed that the deceased who has been identified as Claud Florence was playing with her fellow Pupils before she decided to show them a suicide act that she had seen on a movie.

However, this was followed by a tragic accident after she allegedly slipped and got killed by the rope which she had used only to die Infront of her helpless classmates who thought that this was a stunt and that she was still playing. 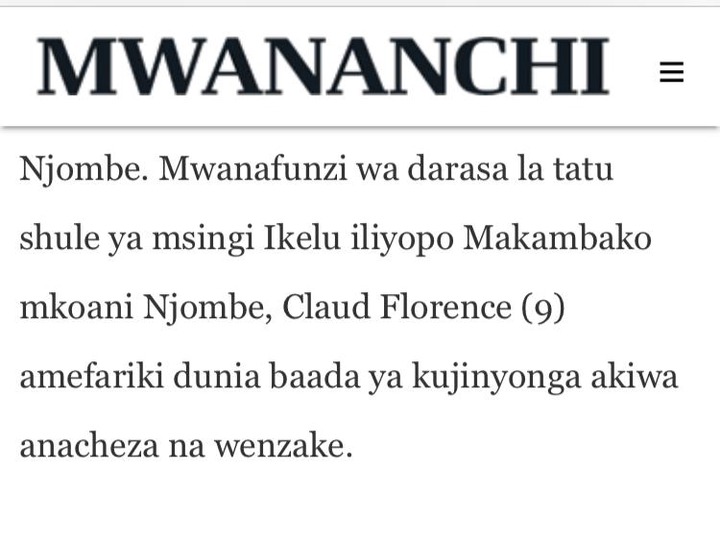 Her body was later found dangling on a tree after one of her classmates went and alerted their class teachers who immediately rushed to the crime scene only to find her dead body.

Due to this reason, officers who responded to the incident after being called by the teachers have asked all parents to be keen on what their kids watch because according to them, the deceased must have seen this stunt somewhere and was only trying it out before it went too far. 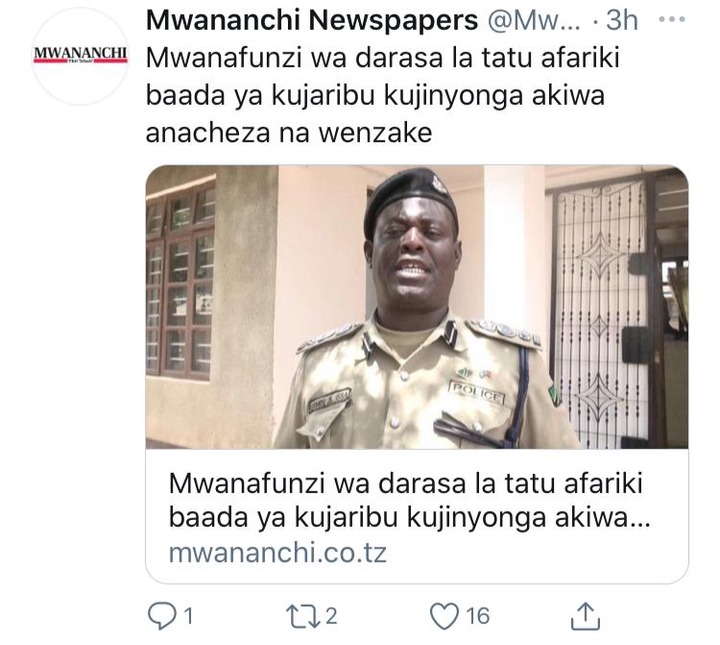