A dishonest Chief was arrested in Kericho over defilement claims.

The chief who is 60 year old from Kipkelion East constituency was put in custody after allegedly forcing himself on a 19 year old lady.

The angry mob was led by the husband to the woman who the chief had taken advantage of and reportedly defiled her. The angry mob had stormed in baying for his blood, were it not for the police officers, the administrator could have faced the music.

According to reports, the chief did the act inside a maize plantation leaving the lady traumatized.

Elmi Shassi, the Londiani Deputy County Commissioner confirmed the incident saying that police had kicked off probe into the matter. 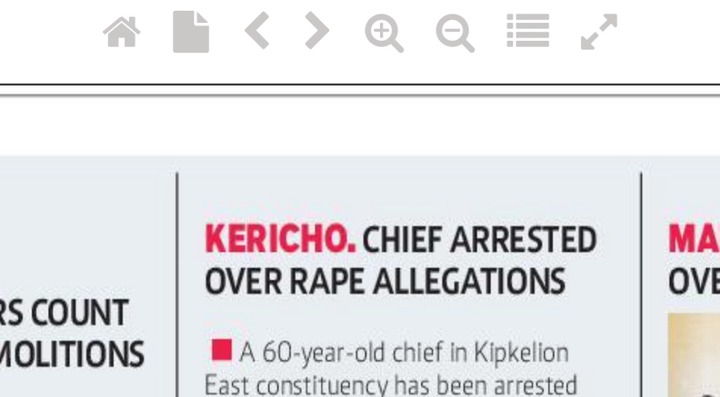