Twist Of Events As Autopsy Reveals This About Njeri's Death

By INTRODUCTION (self media writer) | 3 months ago

New twists and turns have developed further details on the brutal murder of a couple in Kiambu county. It's stated that the prime suspect, Jonathan Mukindi, also dead killed his wife because she was pregnant with another man. 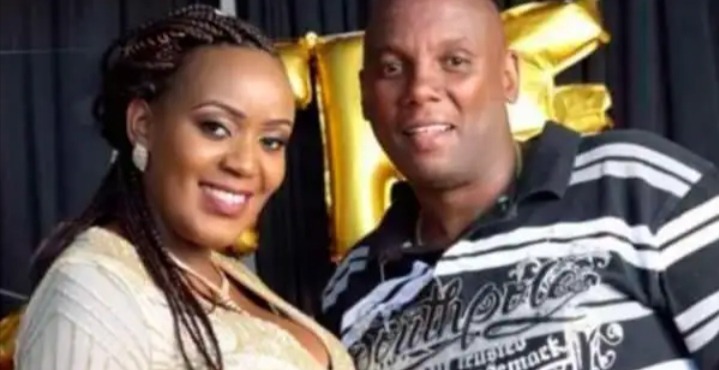 According to a post made by NTV News on Facebook, autopsy results stated that Philemona Njeri was not pregnant as stated making it tough for detectives to unravel the reason for her brutal murder.

According to further alleged reasons made by the couple's friends, they told detectives that Jonathan resulted in killing his wife after finding out that she was having an affair with one of his employees and more so was pregnant for him as he was infertile and never wanted more children. 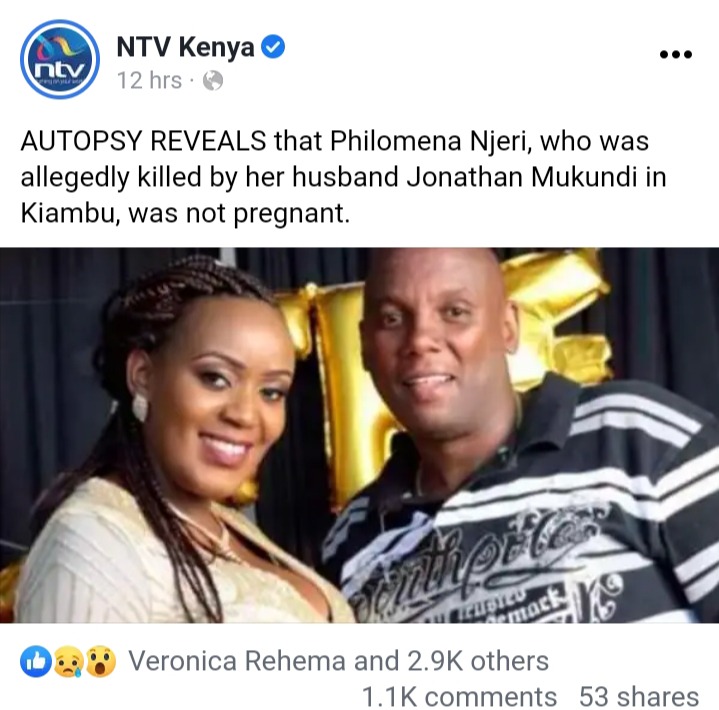 Below are reactions that have left social media users in shock after realizing Njeri was not at all pregnant as stated by friends. 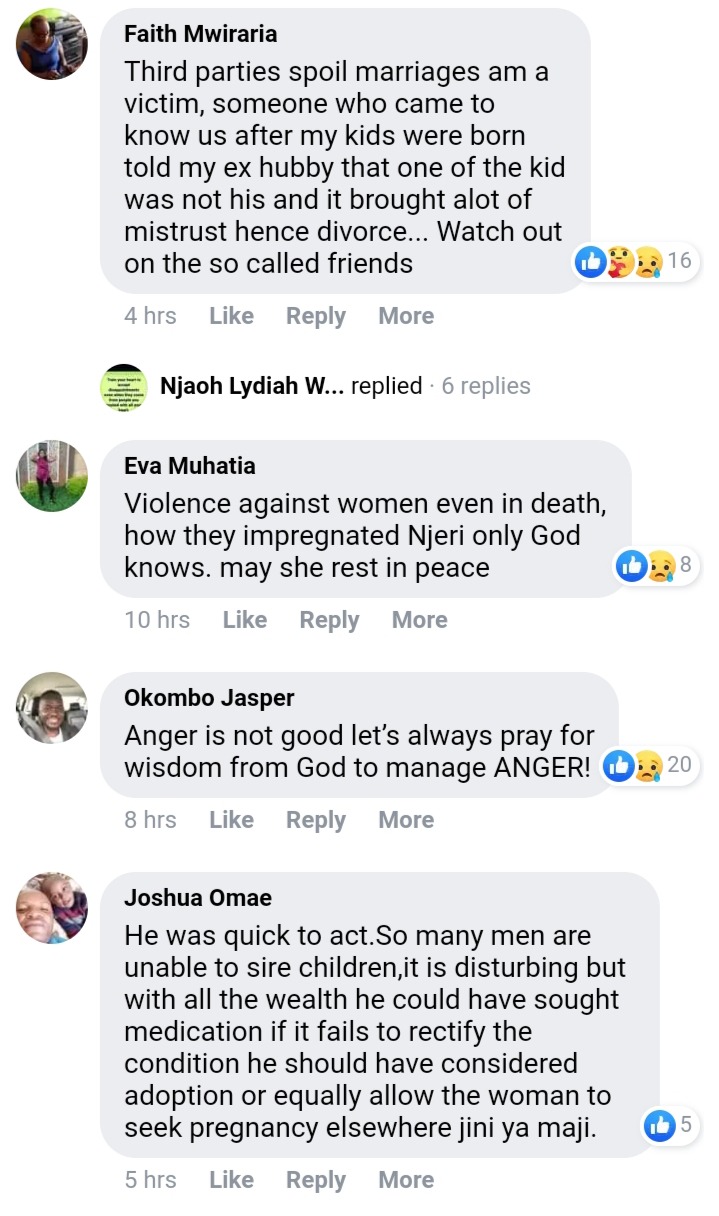 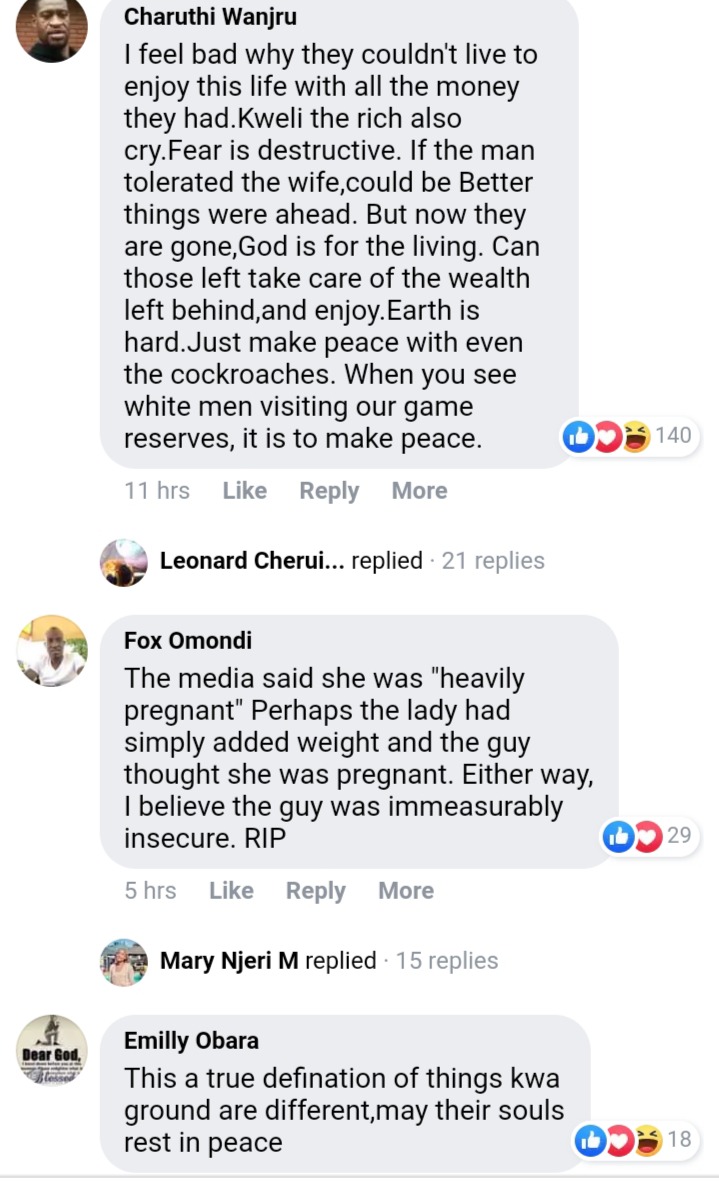 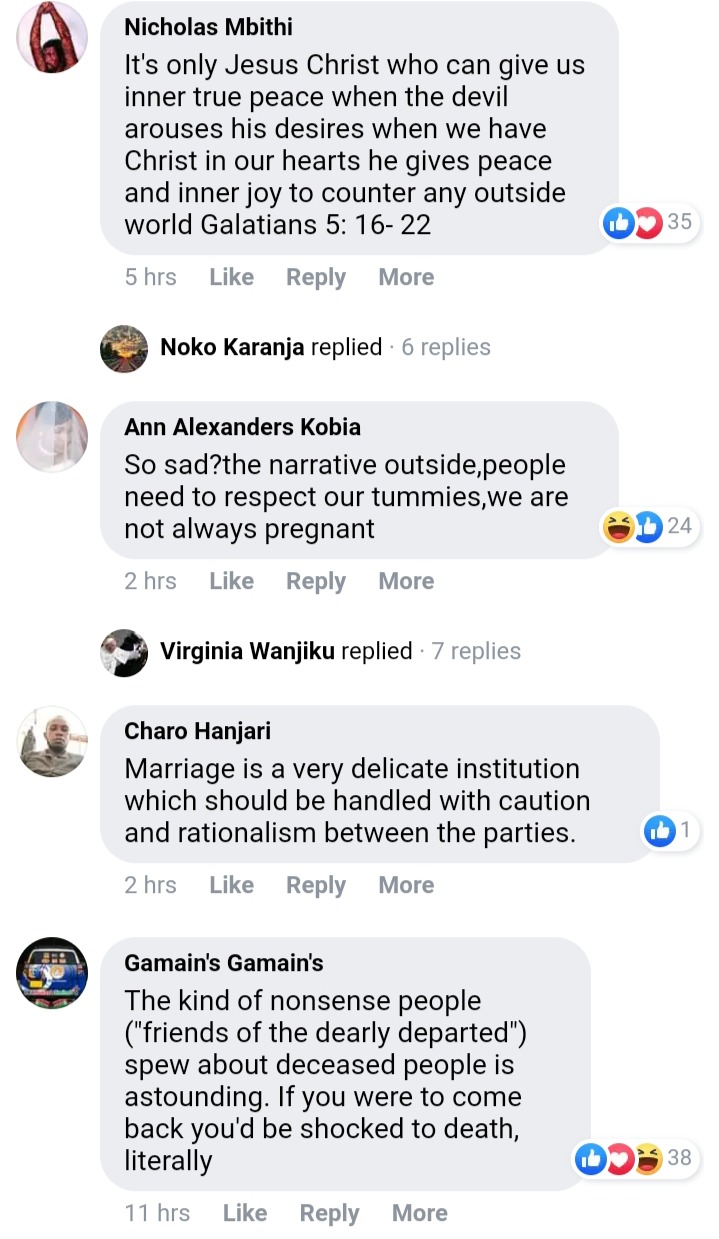 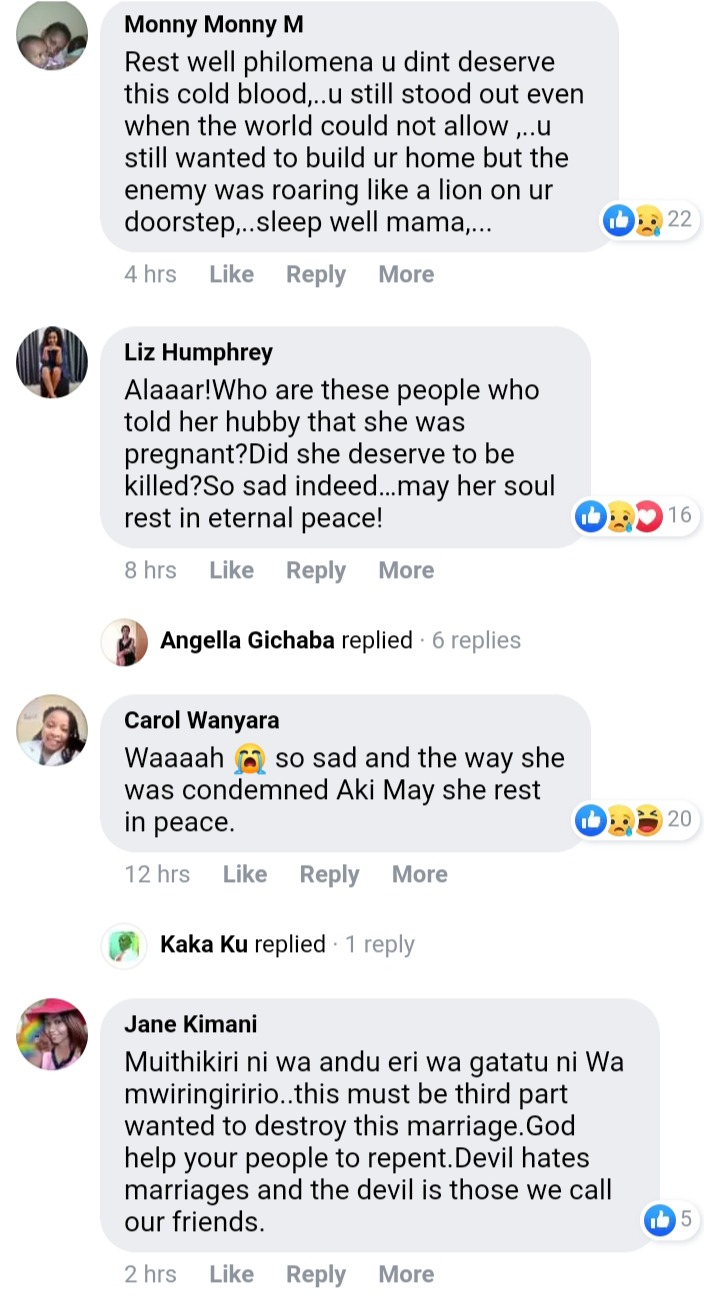 Philemona and her husband are said to have been found dead locked in a room in their home. Through police reports, Jonathan is suspected to have shot Njeri in the head severally before turning the gun on him.