Dennis Karani who had been declared as a Wanted man over the murder of a business man who is reported to have been shot and killed in Broad Daylight has opened up about the incident which he claimed shocked him as well. 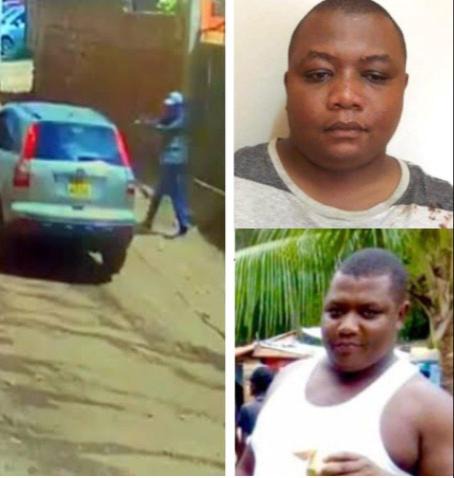 According to the reports given by the suspect, he claimed that he was shocked after seeing his face as the wanted man who allegedly killed the business man.

In an incident that happened a few days ago, a man who has been identified as Muvota was allegedly killed by an unknown gun man who allegedly shot him 6 times. According to the reports given by DCIs, they claimed that this was an Assassination.

"I don't understand why i became the target due to the fact that i only met the suspect once. I'm yet to understand how the directorate of criminal investigations made me a prime suspect despite the fact that they don't know whether or not i am the killer. I Met the deceased through a mutual friend and from then, I have never seen him again. So for the directorate of criminal investigations to say that I'm a Thug is not fair, when this happened i was in my hotel", he said.

While reacting to this incident, kenyans who took to their different social media accounts to express their opinions and suggestions on the matter have called upon the inspector General of police along with the director of criminal investigations to conduct an investigation in order to arrest the actual suspects. 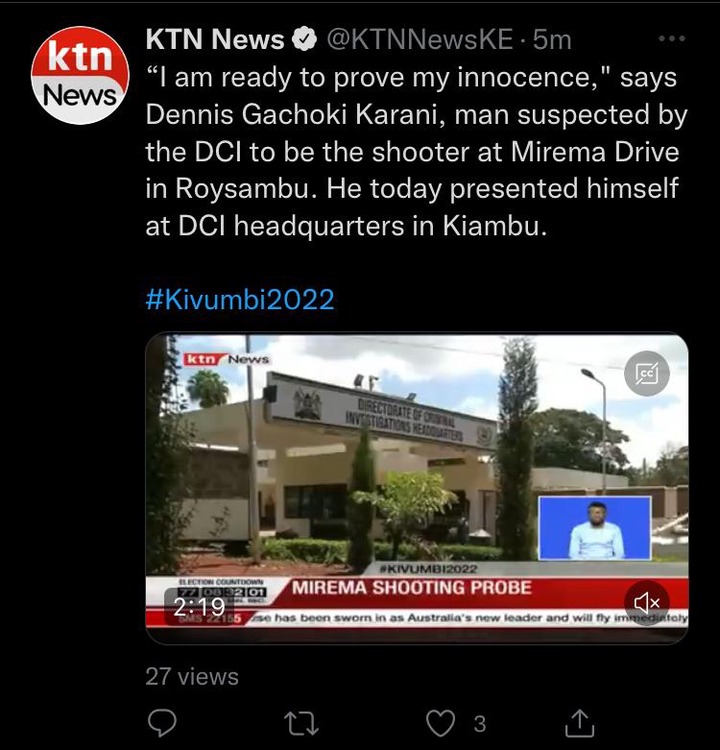 DCIs Dennis Karani Muvota Not Me

Kenyans React After The Government Went Hard on Sakaja Again