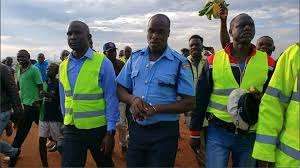 A police officer based at Embakasi B-Campus in Nairobi has been nabbed over connection to the 2,040 bullets recovered from abandoned Embakasi car.

The suspect identified as David Okoth was nabbed by DCI Ruai detectives in Embakasi and moved to Ruai police station.

It was filed at the Mihango Police Station at 12:30pm on September 15, that the 7.62mm bullets were recovered in a silver Mitsubishi Lancer car.

The suspect will be arraigned and charged in court for the offence of being in possession of several rounds of ammunition. 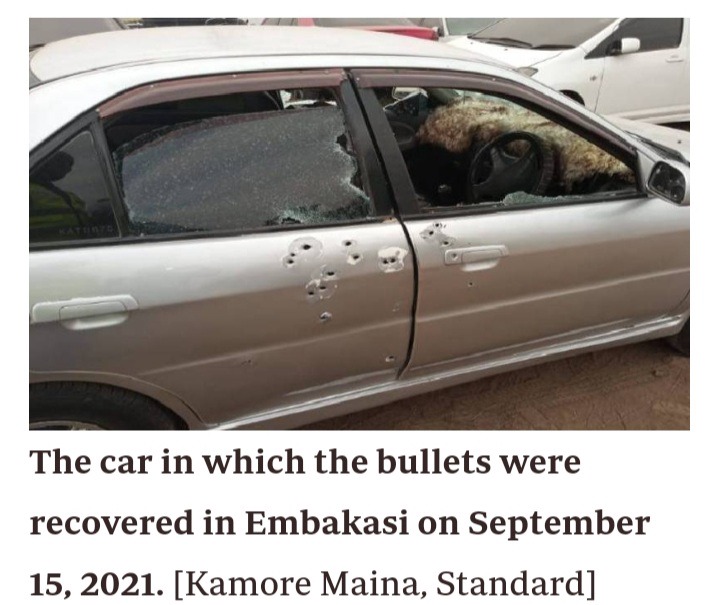 Mr Okoth will be placed at the Makadara law courts tomorrow Friday.

The owner of the saloon car had parked the vehicle beside Be Energy Petrol Station on the Eastern Bypass few minutes when passengers of another car visited the scene and sprayed severally at the Mitsubishi Lancer.

The registration plate of the second car, white in colour, was not filmed, according to police reports.

Twenty bullet spots were seen in the Lancer, which contained shattered windscreen.

“Some of the sprayed bullets passed through the car's windscreen, which was heavily wrecked,” police said. 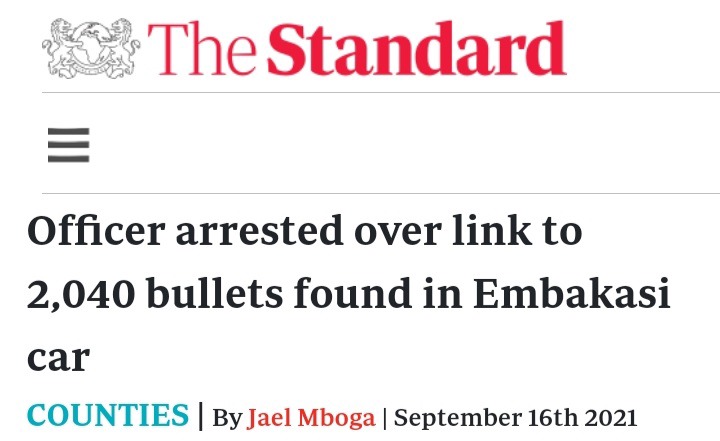 The two cars had been left by the roadside garage for mechanical overhaul, police said.

Police gain entry into the parked Mitsubishi Lancer, and recovered 2,040 bullets concealed in brown cartons and put on the seats.

Thirty-four cartons were recovered in the vehicle, with each box holding sixty 7.62mm rounds of ammunition.

Are They Spying On You? New Tricks Hackers Use To Spy On You Through An Ordinary Bulb