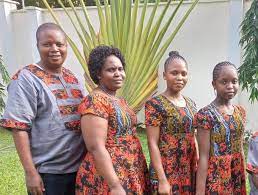 Just a month after two boys were left orphan after their parents and three sisters perished on a road accident on charismas eve, the two have nowhere to call home after their uncle grabbed the property left behind by their parents.

The two boys hospitalized after getting involved in a grisy accident that claimed the life's of their father Ronald Bundi, his wife Veronica and their three daughters that occurred at Mackinnon area along Mombasa road.

However, after they got discharged, the two could not get a place to call home despite their father owning as house.

Bundi, who was an engineer, is said to have left properties that were taken by his brother despite the condition of the two boys. 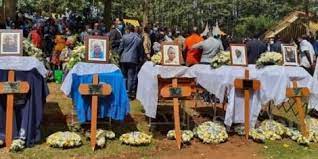 The boys aunt, Harriet Gesare, said that when they went to pick clothes for the two but found the house locked by their paternal uncle.

It is alleged that Bundi's family want the children to stay with one of their paternal uncles but claim the motive is only met to grab the properties left behind by the deceased.

When contacted to shed light on why he had locked the house, Dennis Nyangweno, he admitted locking the house.

The aunt's are accusing Nyangweno of not caring about the welfare of the boys but instead priotising the material wealth left behind by their father.

The children will remain stuck in the hospital until the tussle over the wealth is resolved despite Bundi's friends and neighbors pleading with the family to take care of the 11 and 3-year-old boys.