Dr. James Gakara Laid to Rest as Family Omits Some Burial Rites During the Send-off Ceremony 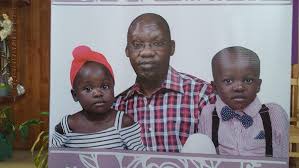 The Nakuru doctor who was suspected to have killed his two children before trying to commit suicide and later dying in hospital has been buried alongside his two children, Dylan, 5, and Karuana, 3 at their family home in Muririchwa area of Mbaruk in Gilgil sub-county.

During the burial ceremony which was attended by close family members, relatives, friends, and villagers, Dr.Gakara was laid in his own grave while his two kids shared the grave. 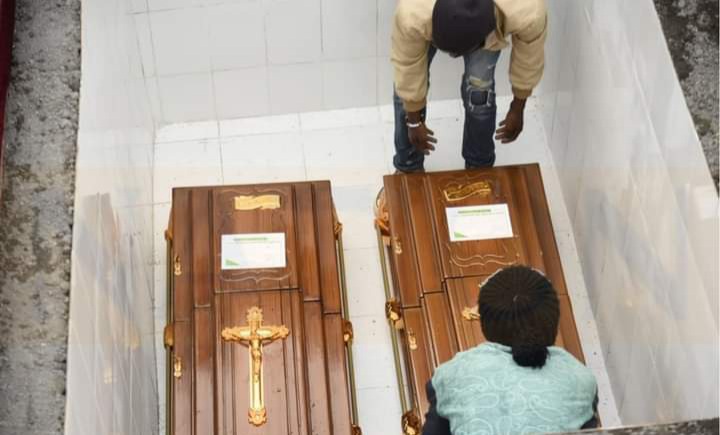 According to the family, they had earlier agreed that the three could be laid in the same grave but later changed their minds citing that decides to do that to reduce the size of the slab.

During burial ceremonies, they are burial rites that are supposed to be followed in most of the African burials. However, during the Gakara's burial, the family opted to omit some rites of passage such as throwing of soil into the grave that marks the end of the final rites of life. 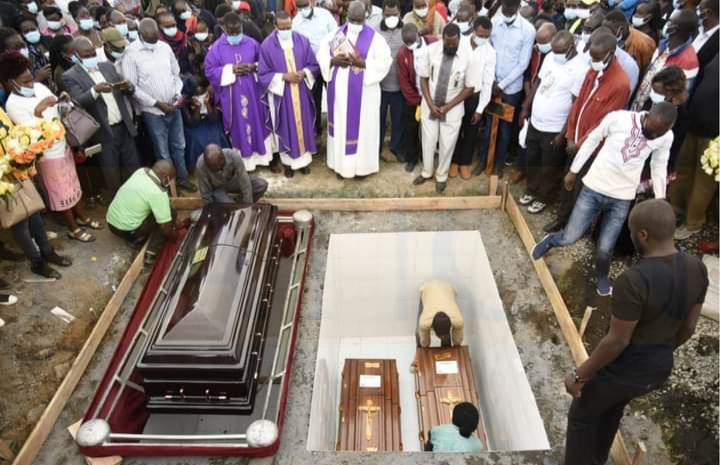 According to his family, they decided not to cover the two graves using soil but agreed that the cemented graves with tiles would be left hollow and covered with a slab.

Speaking during the burial, Gakara's wife Winnie Adhiambo and eldest daughter, Agnes Njeri, continue to describe him as a loving husband and father, a resilient man with the most beautiful soul and a great friend.

Dr.Gakara is accused of killing his two children while her wife was away by injecting the kids with a concoction believed to be insulin before turning on himself and attempting murder 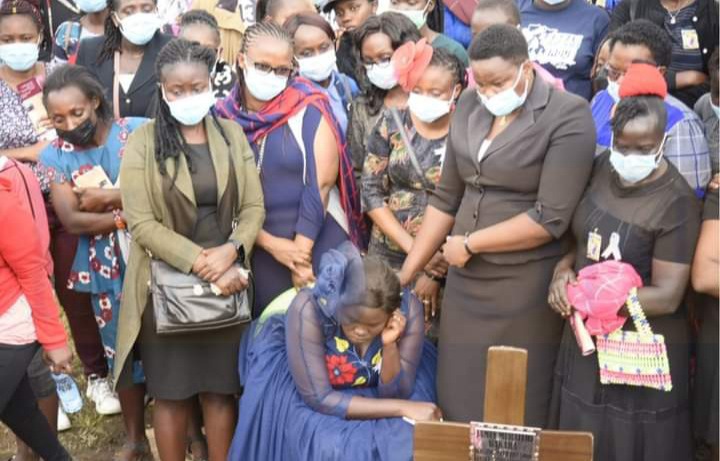 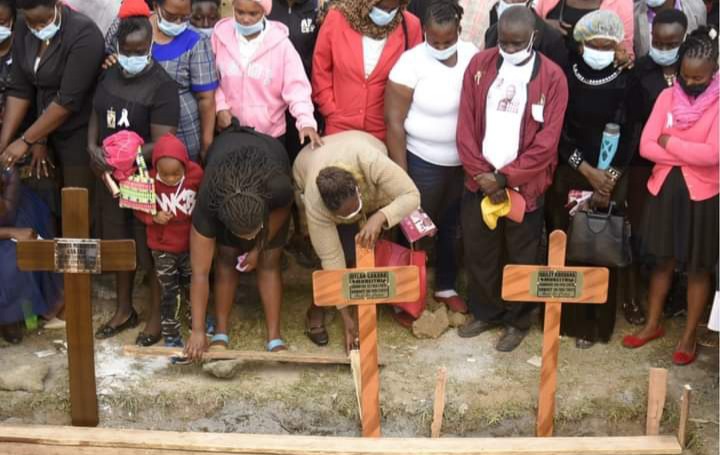