"Alimuua Kwa Sababu Ya Msichana," New Details Emerge As To Why a Senior Cop Shot a Man Dead 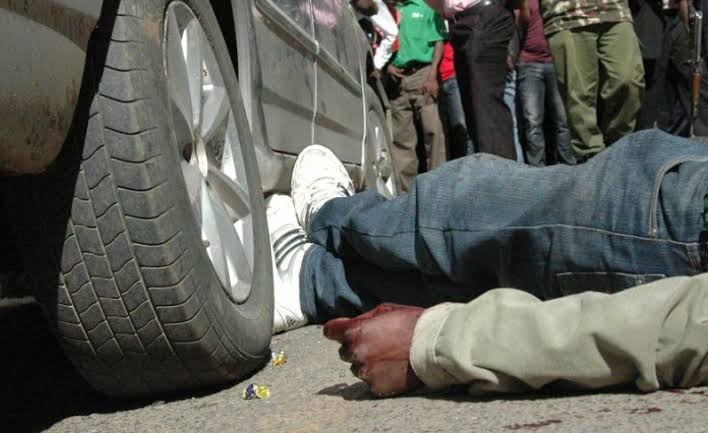 Chaotic scenes were witnessed in Garissa town after a senior police officer who happens to be area OCPD shot dead a man in cold blood.

According to previous reports, the OCPD Michael Munyalo shot dead a man now identified as Kimathi Moris after a heated altercation at one of the local entertainment joints.

The angry residents talking to the media said they heard a gunshot minutes after the officer and Kimathi engaged in a heated altercation.

One of the residents, James Mwatha said the duo had engaged in a heated altercation over a certain lady when the OCPD decided to end the young man's life. 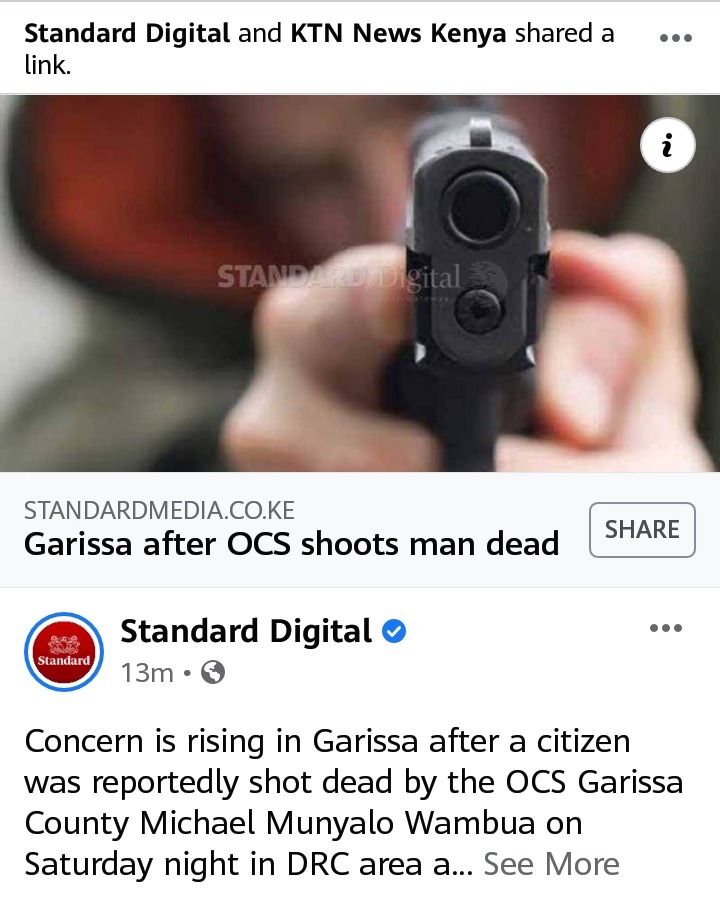 The young man who was only 28 years old, used to work as a carpenter in the area, it still remains unclear as to what could have led the duo to fight each other over the said lady.

His body was reportedly collected by police officers who took over two hours before touring the scene.

Sleuths are however investigating the incident with residents calling for the arrest and prosecution of the senior officer.

Of late police officers have been involved in some shocking murders where they were reported to have killed innocent Kenyans after some heated altercations.

In a previous case, an OCPD from Embakasi shot dead a watchman after an argument at one of the local lodgings.

He is also expected to be arraigned in court today to face murder charges.

police officers should avoid misusing their guns on petty issues 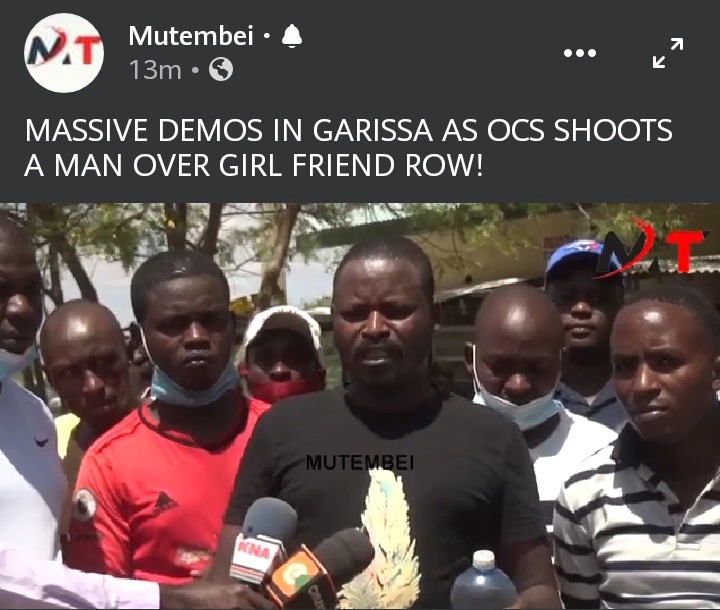