By Willis.com (self media writer) | 19 days ago 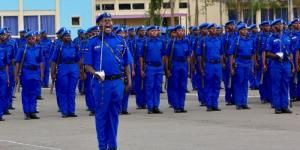 The National Police Service (NPS) has donated two acres of land to 110 windows in Kisii County as part of reforms in the ongoing crackdown on illicit brew.

In a statement dated Thursday, September 29, the police service stated that it had issued the land to the windows with the aim of improving their livelihood and rehabilitating them from the illicit trade.

The Kisii County Commander, Francis Kooli, presided over the handing over of the leased land to Nyagenke Self-Help Group consisting of 200 members, amongst them 110 widows.

Kisii County Commander Francis Kooli presiding over the handing over of the land to the widows.

“This is part of a joint police-community effort to reform Illicit brewers to be self-reliant by supporting them to earn an honest living,” read the police statement.

"NPS has a larger cause to play in the progress of communities. We not only partner with citizens in combating crime but also support their efforts to earn an honest living and abandon illicit trades."

In addition, the police noted that such initiatives would help them in their mandate of reforming citizens engaged in crime. 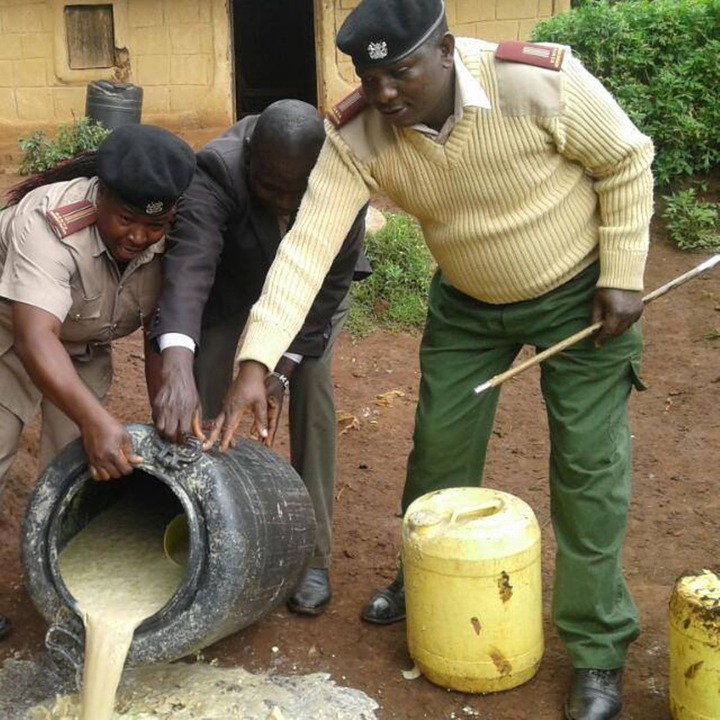 "The NPS understands the interlinkage between crime and social disorder vis-a-vis social welfare including economic empowerment of citizens especially youth and women who are at the base of healthy societies," added the police.

NPS further stated that the service intends to carry out more reforms through such initiatives even as they crack down on illicit brew in the country.

"It is also part of our broader community policing mandate of normalizing police-community interactions in order to enhance safe and healthy families."

The noble act by the police has since been lauded by social media users who congratulated the law enforcement agency for prioritizing reforms to punishment. 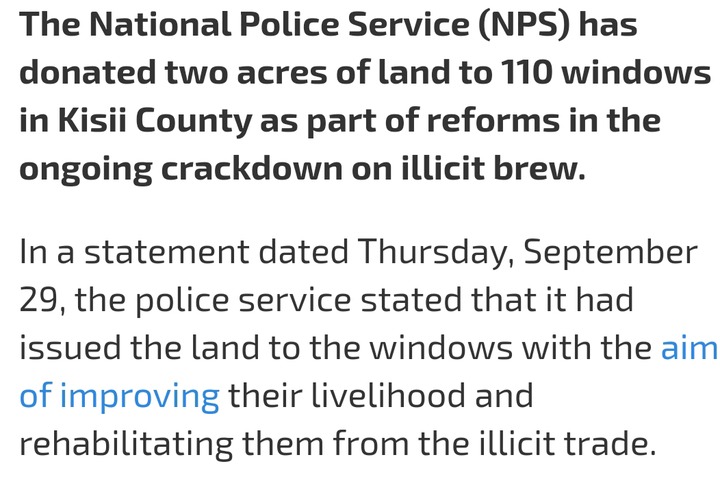