Two men have died after they allegedly drown in Lake Victoria moments after they set out for a test-run on the newly constructed boat. 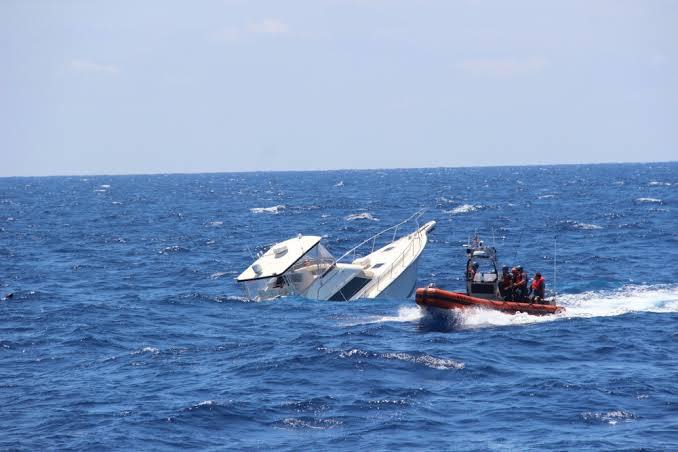 According to the reports given by one of the witnesses, he revealed that they had gone for a test run due to the fact that the boat had just been constructed and so due to this reason, they were trying it out.

However , their joy later turned into tears after a strong wave allegedly knocked the boat over throwing all its occupants on the lake.

In attempts to save themselves, 7 of the victims who knew how to swim saved themselves by swimming to the shores of the lake. However, unknown to them , the bodies of two men were found floating on water.

The two men all of whom are under the age of 20 allegedly died after drownin. Giving his statement about the incident , Kisumu police boss revealed that the casualties might have been overloaded forcing the boat to sink.

The bodies of the deceased were later taken to the mortuary by police officers whereas the casualties were taken to the police station to give their statements. 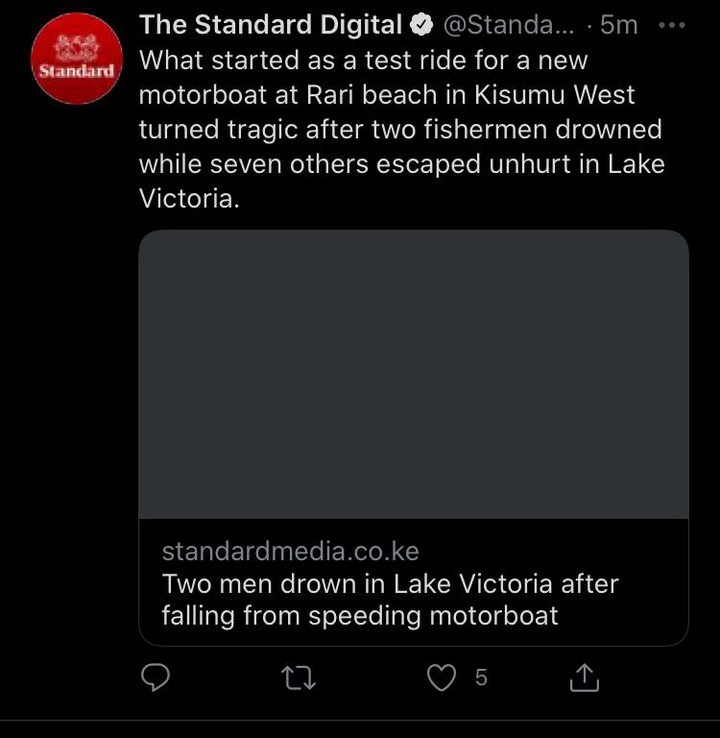