Residents of Yala have expressed their fear and concerns over the rising cases of people who are allegedly being dumped in one of the renowned rivers in the region.

According to the reports given by a reliable source of information, it has been revealed that several bodies have been taken out of the river by one of the men who is well renowned for this job. In his own words, the man whose name is yet to be disclosed said that this was not the first time such a thing is happening adding that people are being dumped in broad daylight.

"... This is not something that you can say is being done in the dark because it happens in broad daylight, they come here to throw bodies after which they leave. You can go around and ask everyone all over this villages they know this story. So far we have taken Alot of bodies out of this place and as far as I'm concerned, all of the people who I have taken out of this river are young men who are not from around here. So I'm calling upon the go vernment to look into this because some have already been buried in a mass grave as unknown people ", he said.

While reacting to this incident, kenyans who took to their different social media accounts to express their opinions and suggestions on the matter have called upon the inspector General of police, Hillary Mutyambai to conduct an investigation in order to find out what happened or rather who is behind this mysterious deaths in the region.

According to the reports given by most Kenyans, they claimed that it was so unfortunate that the government is yet to do something about this despite the fact that Alot of people have gone missing under unclear circumstances. 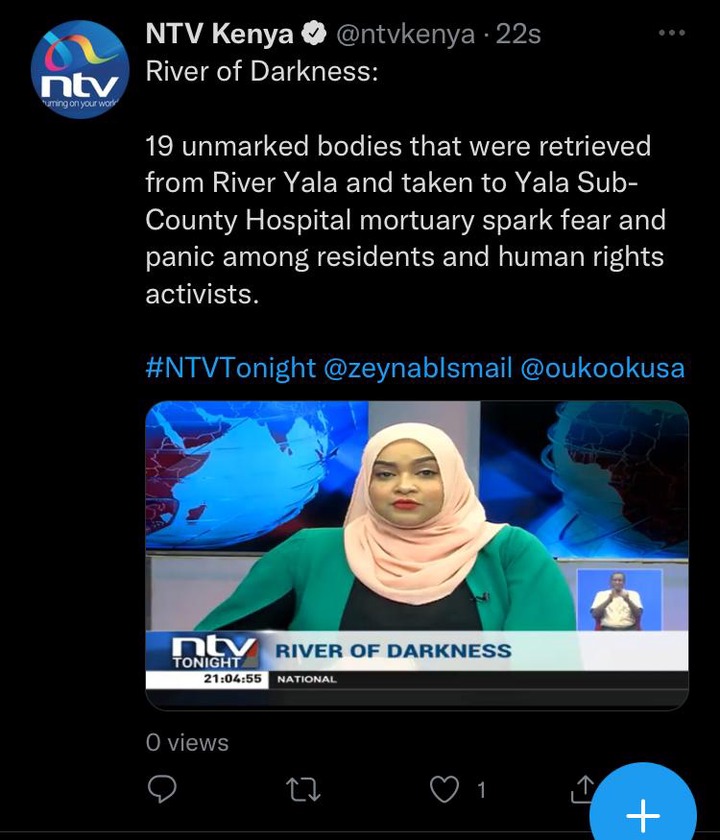 "Wacha Kuniambia I Love You, Show Me By Action" Kabogo Reveals What He Usually Tells His Wife

Dramatic Scenes After A Police Chief Inspector Is Robbed Ksh 1.15 million Along With His Gun