"Caroline Mwingine? ", Man Murders Woman Named Caroline After She Allegedly Did this To Him

By CrimeBuster (self meida writer) | 20 days

Police officers from Kibwezi are currently investigating an incident which reportedly happened today in the morning after a middle-aged is reported to have Stabbed his wife to death under unclear circumstances.

According to the reports given by the family and friends of the deceased, they revealed that the two had had a misunderstanding which forced his wife to flee for unknown reasons.

However, this was followed by a dramatic scene after the suspect followed the woman who she tricked to come back home in order for them to reconcile.

This was followed by a dramatic scene after the woman Allegedly refused to get back with the man accusing him of being aggressive and at the same time not good enough for his family.

In a moment of rage, the man is reported to have pulled out a knife which he used to stab his wife several times for unknown reasons. The man would later take his own life by stabbing himself several times in the stomach. 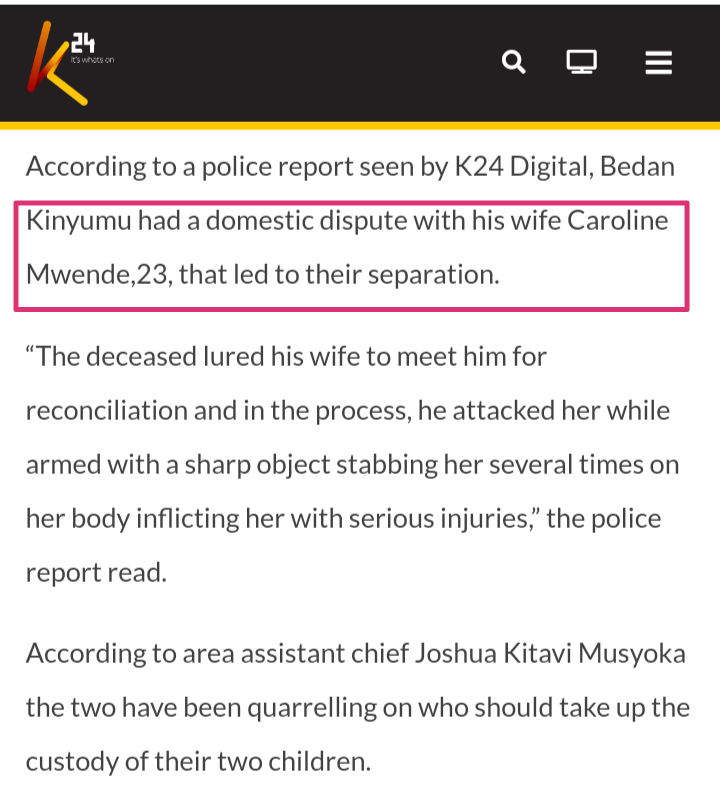 The Bodies of the two were later taken to the mortuary by police officers who responded to the incident after being alerted by one of the neighbors of the deceased. While reacting to this incident, Kibwezi police commander called upon residents to find alternative ways of resolving conflicts. 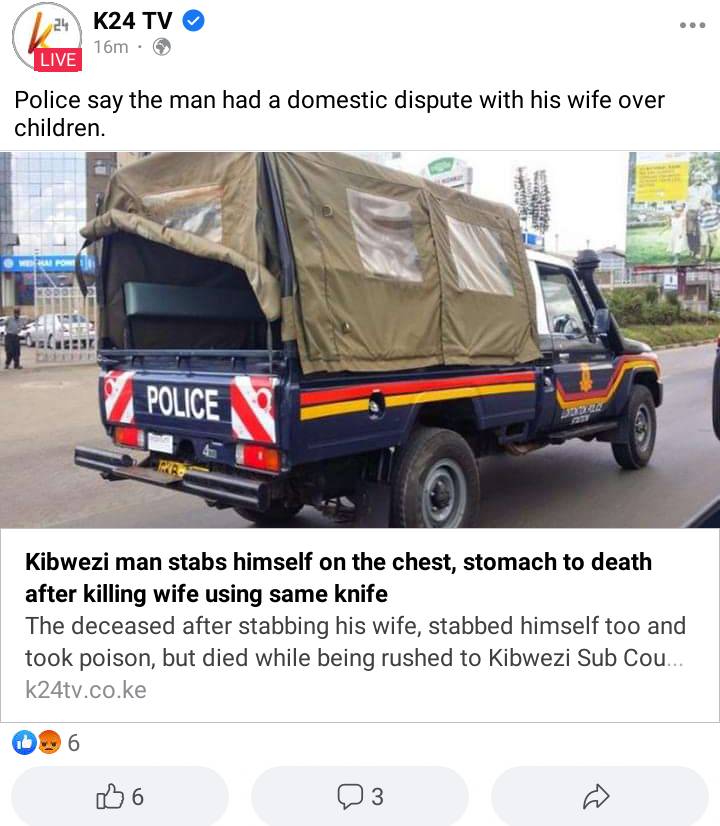