By EverydayUpdates (self media writer) | 4 months ago 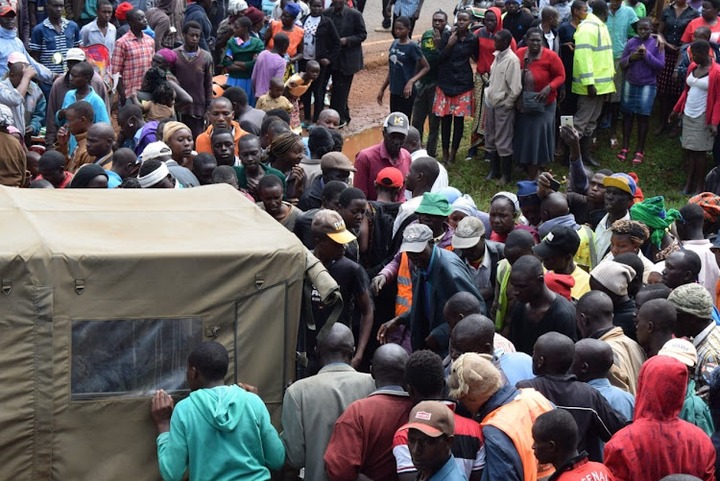 A middle-aged man from Kirinyaga county by the name John Kimani is in mourning after his son was reported to have been stabbed to death by his 19 years old girlfriend. This was after the lifeless body of his son was found at his girlfriend's place. According to John,his son was stabbed by his girlfriend after he showed up at his place unannounced. This was when the lady trued to prevent her boyfriend from accessing his house but he did not listen leading to the argument.

It was during the argument that the murder suspect took a kitchen knife and stabbed the deceased killing him on the spot. The suspect then tried to escape but the neighbors managed to prevent her from fleeing the scene. Police officers rushed to the scene and arrested the suspect who is currently being held at the police station awaiting to appear before the court of law. The body of the deceased has been taken to the mortuary awaiting a post mortem test. 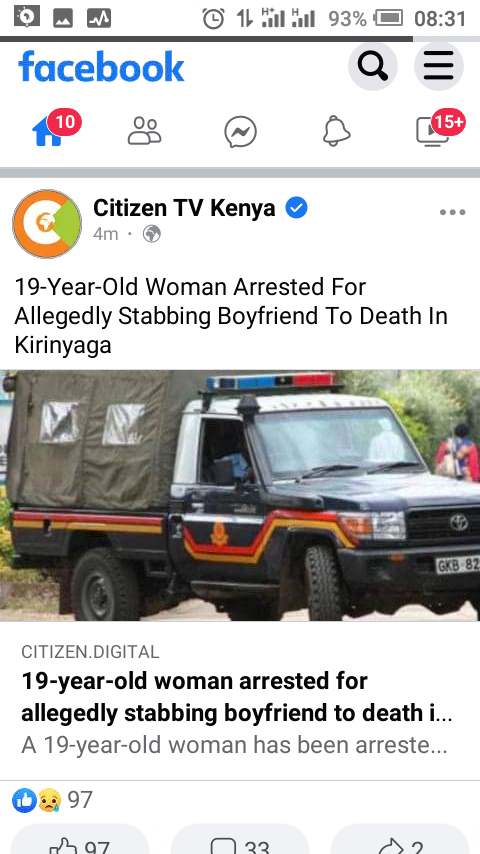