Police Constable Arrested Over Murder Of Matatu Tout in Kajiado, to Remain In Custody For More Days

By ouchoh (self meida writer) | 8 days 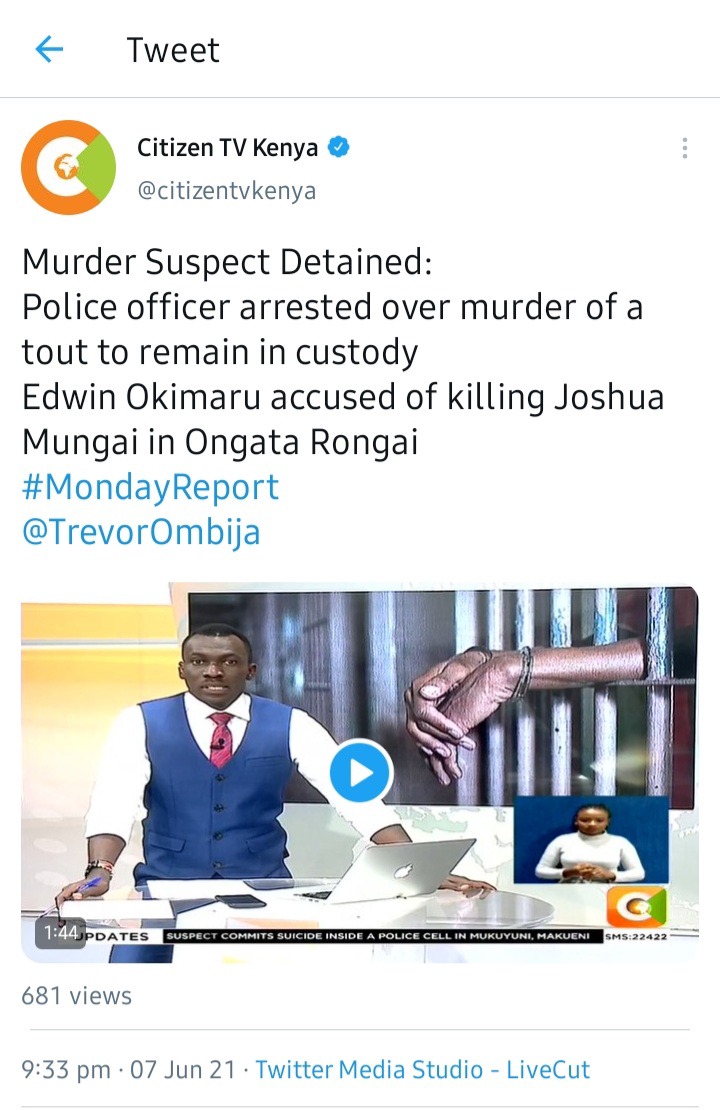 Police officer Edwin Oscar Who was accused of killing a matatu conductor identified as Joshua Mungai in Olekasasi in Ongata Rongai in Kajiado County will be held for more days in police cells.

The ruling on his the police constable's application has been postponed to 10 June, 2021 by the Machakos Law Courts.

The suspect through his attorney Lydia Abuya and Emmanuel Mwangi tabled an affidavit requesting the bail adding Mr Oscar had been in custody for 24 days and have cooperated with the investigating well.

The prosecution rejected his bail pleas noting that the suspect is a police constable and is likely to interfere with witnesses.

The advocate of the suspect pleaded with the court magistrate to hold him in Muthaiga police station instead of Kajiado Gk prison which justice George Odunga admitted. 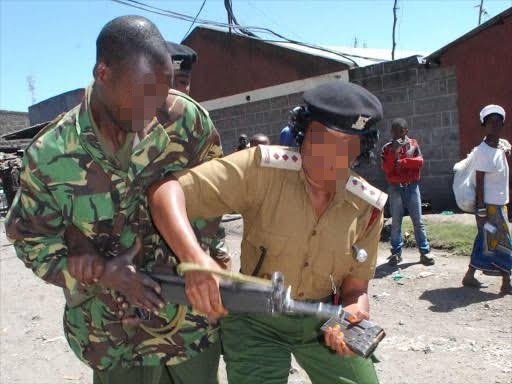 In DCI reports that involved investigative interrogating of eye witnesses, forensic autopsy analysis by Chief Government Pathologist Dr Johansen Oduor and combing of the scene, the sleuths indeed concluded that the accused was at the scene of the murder in the fateful night.

The deceased is alleged to have suffered broken ribs and bones, in what sleuths believe he was tortured to death.

Wiper Chief Kalonzo Lands in Trouble After Saying The Following

Things That Keep Visitors Away From Your Home