Those who think the government is not progressing should really look at this picture that Mike Sonko has shared on his Facebook page. He captioned it, "Nairobi-Mombasa Road In 1962." 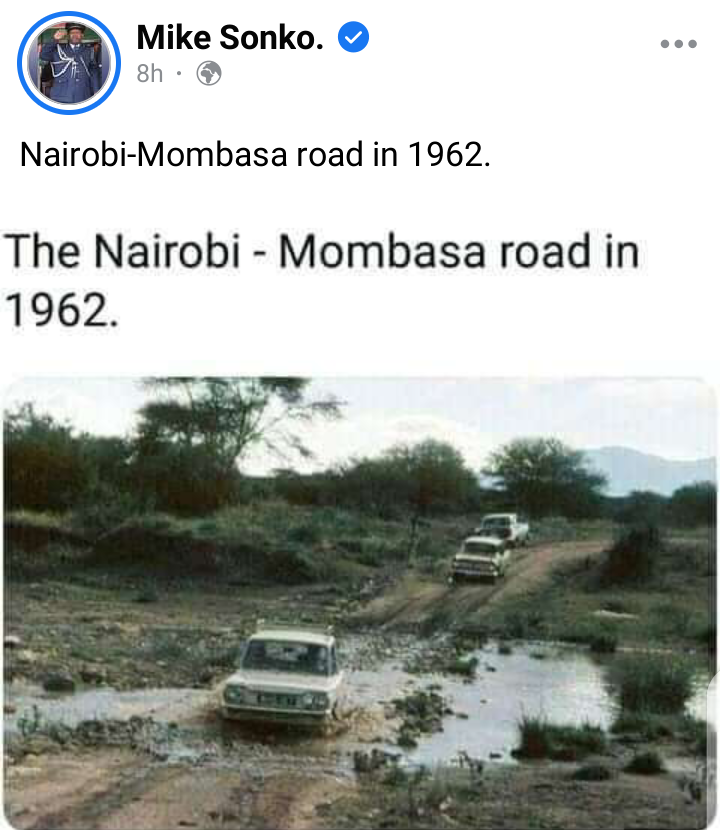 Not forgetting the long distance traders like Kambas used this route to carry out their activities. People have reacted differently concerning the picture and the type of vehicles featured. They even thought the roads in 1960 looks better compared to some roads in North Eastern currently. 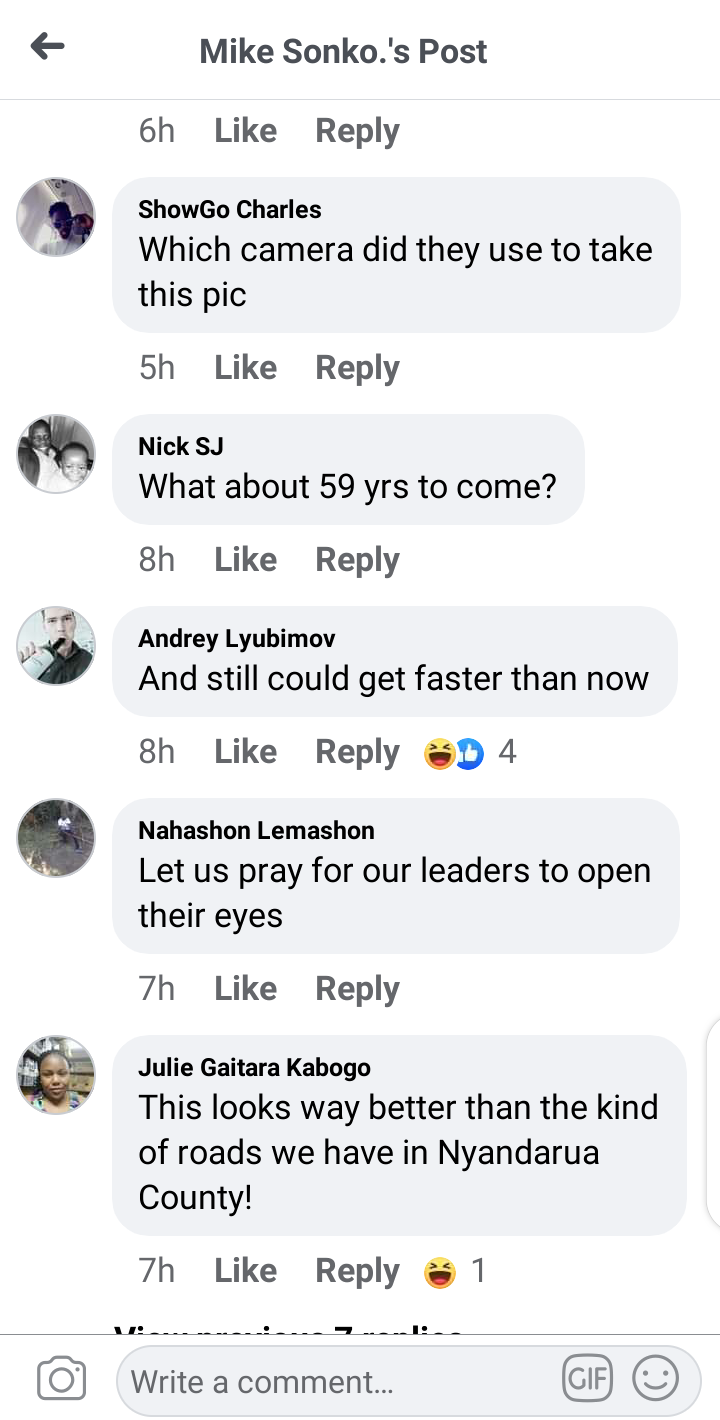 In the year 1962, Kenya was under colonial powers and had not yet gained independence. These were the years when people could treck from Nairobi to Mombasa for three days and nights. The road was full of potholes. However, following the state of emergency that was declared in 1957 leading to the arrest of the kapenguria six including the then leader Jomo Kenyatta, Kenyans were stranded with no one to guide them into riots. That is when at the peak of that same year mau mau and Mungiki, which were riots groups became rampant and bitter with the colonial powers. The super power countries later gave up and deserted the country in 1963 leading to a republic country. 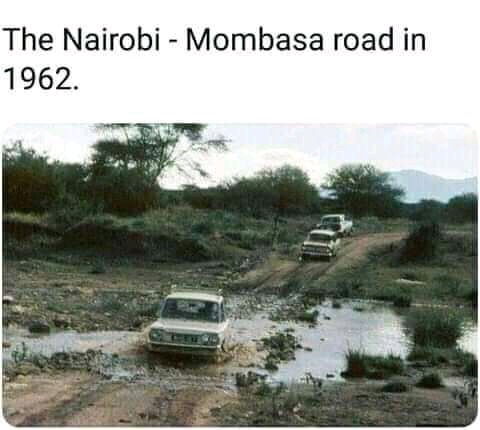 After independence the country started recording positive results in the state of roads and many other routes were discovered. 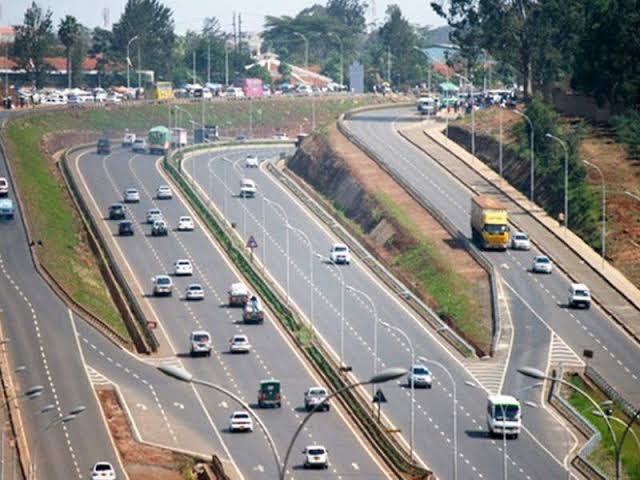 As we talk it is only a matter of 6 hours from Mombasa to Nairobi by bus. Don't you think we have come from far as a country? Kindly share your thoughts in the comments section.